The General Authority of Audiovisual Media opened the first cinematic theater in Tabuk, in the presence of a number of specialists in the Media and the film industry. See Also : What is Eid Al Adha and How do Muslims celebrate it


The authority noted that the launch of cinema in Tabuk, by this the number of theaters in Saudi Arabia will become 17, with 174 screens, having a capacity of nearly 17,000 seats.

The Authority confirms that it is committed to continuous development to reach the goals set as per the Saudi Vision 2030, which includes diversifying entertainment options for the citizens and residents of the Kingdom. See Also : Completion of Automatic extension of Exit Re-Entry visas for Expats outside Saudi Arabia

- It highlights that, since the beginning of cinema in April 2018, The Kingdom is witnessing significant growth in the entertainment industry, noting the many initiatives that have provided opportunities for industry to grow. 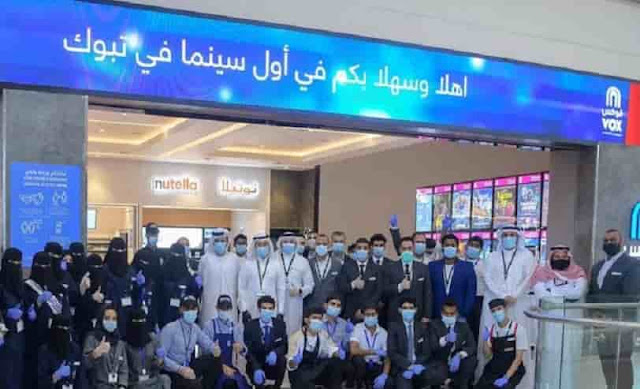