The Ministry of Hajj and Umrah announced that the Hajj requests for the year 1441 AH have been finalized electronically for applicants of 160 nationalities, according to health standards in order to preserve safety.


The Ministry said: 'As per the accurate health and organizational standards and to preserve the safety of the guests of the Most Gracious, It has completed the electronic Hajj requests for the year 1441 AH electronically for applicants of 160 nationalities, in order to choose who will perform the Hajj, we ask God to make their Hajj Justified and appreciated endeavors'.

The Ministry of Hajj and Umrah had announced that health standards would be the main determinant for choosing pilgrims for the Hajj season in 1441 AH, as the kind approval was issued that the percentage of non-Saudis residing within the Kingdom is 70% of the total pilgrims this year, and the proportion of Saudis is only 30% Among the pilgrims, the pilgrimage of Saudi citizens should be limited to health practitioners and security men recovering from the new Corona virus.


The Ministry pointed out that Saudi citizens will be chosen through the database of those recovering from the virus, who meet health standards, in appreciation of their role in caring for the segments of society in all stages of confronting the pandemic, and pointed out that non-Saudis residing in the Kingdom will be a priority among them for those who do not suffer from any Chronic diseases, and those who have a PCR test certificate certifying that they are free of Corona virus, and those who have not performed the duty before, between the ages of 20 to 50 years, with a commitment to adhere to the quarantine period decided by the Ministry of Health before and after performing the ritual.

It is noteworthy that the Ministry of Hajj stressed the keenness of the Government of the Kingdom of Saudi Arabia to establish the Hajj rituals, by following the highest health standards and the most precautionary measures, in order to preserve the pilgrims of the Sacred House of God, explaining that exceptional plans were prepared to implement the Hajj 1441H, which includes providing the best health services, and the most appropriate Promotion plans during which all the requirements set by the Ministry of Health will be applied, and which will be implemented in a professional manner to protect the guests of Rahman. 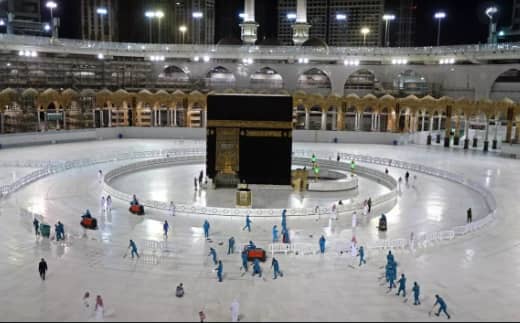