The Ministry of Interior revealed that it was decided to punish anyone who violates the instructions of entering in to the holy sites (Mina, Muzdalifah, Arafat) without a permit will be fined with 10,000 riyals starting from the date of 11/28/1441 AH, until the end of the 12th day of Dhu al-Hijjah, and in the event of a repeat offense, the penalty is doubled.


The source called on all citizens and residents to stick to the instructions for the pilgrimage season this year, stressing at the same time that security men will start their duties in all ways and paths leading to the holy places to prevent violations and control any attempt to enter the holy sites during the specified period and the application of sanctions against all violators.

- This decision is attached to the Royal Order, which approves the provisions and penalties for violating the precautionary measures and the preventive measures taken to confront the new Corona virus And to ensure compliance with the application of precautionary measures and preventive measures (protocols) to curb the outbreak of the new Corona virus approved for the Hajj season this year 1441 AH.

- A smart card will be issued to each pilgrim it consists of all details with regard of operation and management of Hajj trip. A bag containing prayer mat, sanitizers, masks and other required preventive tools will be supplied to Hajj pilgrims, They will also get Zamzam packets at every point of the their pilgrimage.

- Each pilgrim will have separate accommodation in space of not less than 9 meters in Mina, Muzdalifah and Arafat. The Mina towers also been designated for the pilgrims accommodation.


- The security men will start their duties in preventing violations and controlling attempts to enter the holy cites in all roads and paths leading to them, they will not hesitate to apply sanctions against all violators. 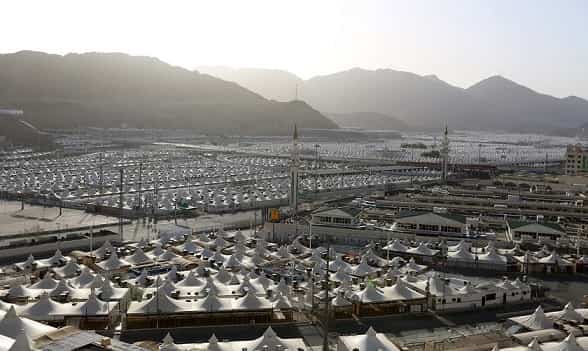