The Ministry of Islamic Affairs, Dawah and Guidance in Saudi Arabia has decided to open mosques 40 minutes before the Friday prayer time, in all regions of the Saudi Arabia from tomorrow to avoid crowding out.


The Ministry stated in a circular issued Today, the decision will be applied in addition to the previous circulars approved by the competent authorities within the protocols for opening mosques.

- Makkah and Jeddah mosques are not yet opened for public until further notice, only Adhan is permitted, The above rule applies to all the mosques in the Kingdom except Jeddah and Makkah.


- The Ministry closed about 71 mosques in different regions of the Kingdom after the corona virus infections among worshipers and lack of commitment to following the precautionary measures and protocols. The mosques are being sterilized and prepared to receive worshipers again. 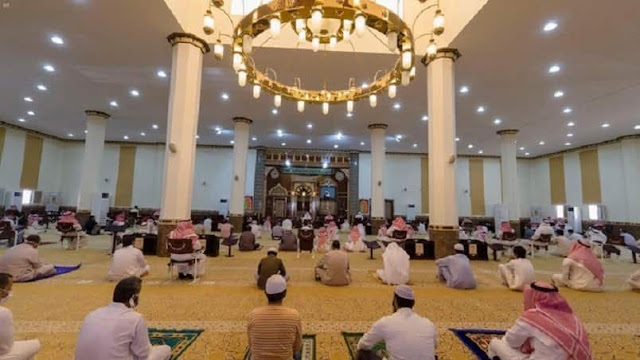 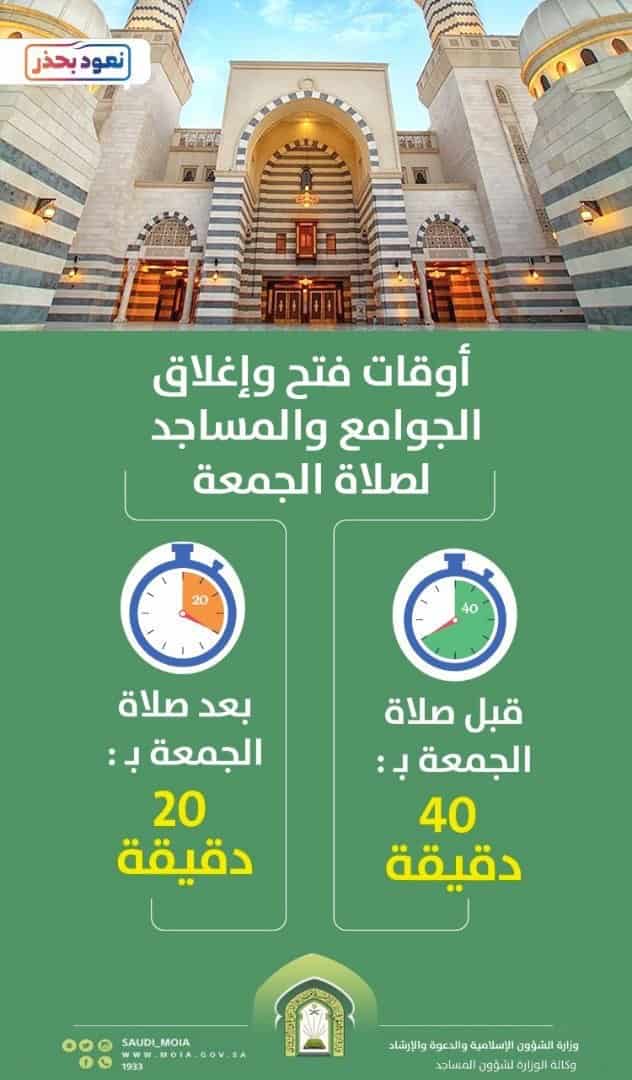