The Riyadh' Municipality has completed planting more than 1.6 million (1,623,578) trees, palm trees and flowers through out the capital city Riyadh, within the project of  "Green Riyadh" in five months. Related : Salam Park in Riyadh


The aim of the "Green Riyadh" project is to increase the percentage of green areas, while achieving optimal utilization of treated water in irrigation works, which contributes to improving the air quality and reducing the temperatures in the city.

The "Green Riyadh" project aims to plant at least 7.5 million trees on an area of 541 square kilometres, and along 16.4 thousand km in the roads and streets of the Kingdom. This comes to achieve the goals of National Transformation program as per the Saudi Vision 2030. Recommend : Video - Tiger attacks man at Riyadh Zoo

- "Green Riyadh" one of the big projects in Riyadh, was launched by the Custodian of the Two Holy Mosques King Salman on 13th February 2019. The first phase of the project was successfully launched before Ramadan, it includes afforestation in the capital with a length of 180 km in order to plant 150,000 trees in King Salman Road, King Khalid Road, King Fahd Road, Airport Road, Makkah Al Mukarramah Road, Northern Highway Road and Eastern Highway Road. 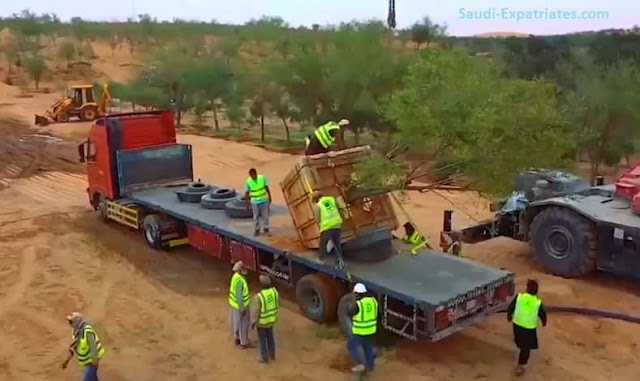 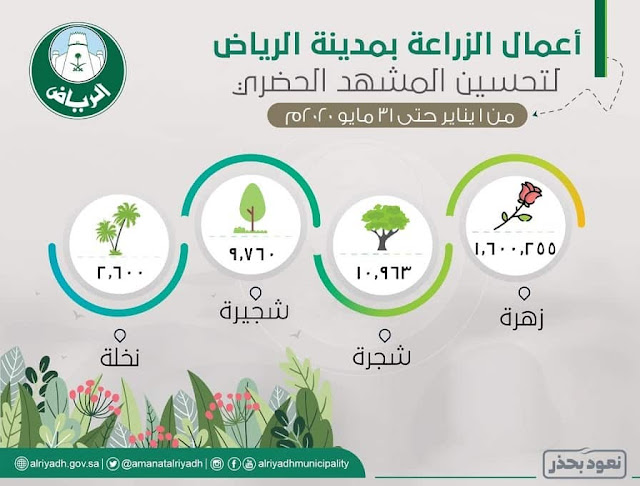