Posted by : Aahil Shaik Monday, May 4, 2020
We will take Strict and Painful measures to fight Economic downturn - Finance Minister

Finance Minister Mohamed Al-Jadaan stressed that the kingdom will take very strict measures, and these measures may be painful. All options for dealing with the crisis are currently open, and that we must reduce budget expenses sharply. Trending : Ministry of Social Development invites the needy and affected by Pandemic to benefit from Food Support


He explained that the stimulus packages were aimed at preserving the jobs of citizens in the private sector and continuing to provide basic services. On the measures taken by the government, Al-Jadaan indicated that they were very firm and speedy measures, and the real impact of the Corona pandemic will often appear in the second quarter and beyond.

Al Jadaan pointed out that the budget figures for the first quarter did not show the impact of Corona significantly, and that the Kingdom is committed to the sustainability of public finances and the provision of what is necessary to confront the pandemic. Recommend : 5 years Jail and up to 3 million Riyals fine for spreading rumors warned Public prosecution

"The world and the kingdom will not return to what it was before Corona to change economic activities, Revenues have decreased significantly, whether oil and non-oil since the beginning of the year, and the government is considering a very large group of options to deal with the pandemic."


According to Al-Jadaan, the value of the economic support packages approved so far in the Kingdom amounted to 180 billion riyals, which constitutes 8% of the non-oil GDP. The government is taking measures to reduce expenditures with a strong decline in revenues is expected to continue until the next fiscal year.

"The Kingdom has not faced a crisis like this for decades. It is necessary to reduce expenditures and direct part of it to health care. The government is considering many options and steps taken to curb expenditures are not enough." See Also : Expats remittances rise by 6% in Saudi Arabia in the first quarter of 2020

The government decided to borrow more from international markets, but that alone is not enough, and the government should look at the list of expenditures in the budget and provide the least harmful to citizens, noting that the government will borrow within the limits of 220 billion riyals this year.


He explained that some projects will be extended by their nature amid precautionary measures to confront Corona, in addition to that some expenses such as those related to travel and assignments will decrease naturally.

The Minister of Finance said: "We will raise recommendations soon regarding the expenditures that must be reconsidered. The sustainability of public finances requires taking strict measures that may be painful. Until now it is difficult to predict the duration of the pandemic and it must be prepared well." Read : India extends it Lockdown for 2 weeks, splits areas into Red, Orange and Green zones


Asked about his expectation of oil prices in the next stage, Al-Jadaan said that he does not enter into predictions regarding oil prices, but certainly the shocks in the global economy put pressure on demand and oil prices, expected to continue for a period not short. Most Viewed : Saudi Arabia to conduct Mass screening to fight against Covid-19

On the recent foreign investments of the Public Investment Fund, Al-Jadaan said that in such crises, investment opportunities are created and returns are achieved that help reduce the budget deficit. Al-Jadaan also stressed that liquidity in the banking sector is largely available. 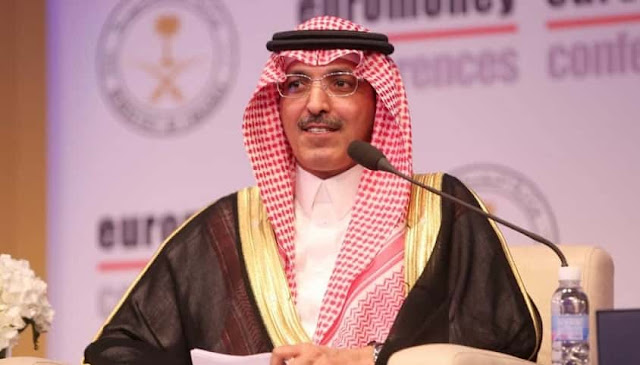