Posted by : Aahil Shaik Wednesday, May 27, 2020
Saudi Arabia to resume Domestic Flights in the Kingdom from 31st May - The General Authority of Civil Aviation


Saudi Arabia to resume its domestic flights starting from 31st May through its national airlines, after the suspension of more than 2 months as part of preventive and precautionary measure to combat with the spread of corona virus pandemic as per the General Authority of Civil Aviation (GACA) of the Kingdom. Trending : Saudi Arabia sets rules on praying at Mosques from 31st May


The GACA said domestic flights resumption will be in phases and it will cover all domestic airports of Saudi Arabia within 2 weeks. The Civil Aviation also said it will be working in coordination with local airports, air carriers and companies operating in the civil aviation sector in order to meet the demand of the local market.

- The Authority has been completed all its operational preparations to be gradually lift the suspension of local flights, ensuring the safety for travelers through the Kingdom airports, while following all the necessary precautions and health measures. See Also : Domestic flights and Mosques to re-open from 31st May - MOI

- In the first phase of resuming the domestic flights in Saudi Arabia, 11 airports of Riyadh, Jeddah, Dammam, Madina, Qassim, Tabuk, Abha, Jazan, Hail, Najran and Al Baha will be allowed only with the operations of National airlines.

- The domestic flights was suspended in Saudi Arabia from 21st March as a precautionary measure, while the international flights were suspended from 15th March in order to fight with the spread of Corona virus in the Kingdom. 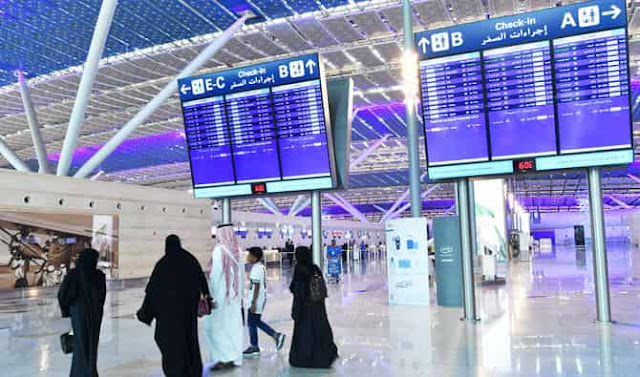