The government of the Kingdom of Saudi Arabia and the government of the People's Republic of China signed a contract worth 995 million Saudi riyals to provide 9 million tests to diagnose the emerging coronavirus (Covid 19) for nine million people in the Kingdom, All necessary devices and supplies, and 500 experts and technicians of Chinese specialists in the tests, and the establishment of six large regional laboratories distributed to the regions of the Kingdom, including a mobile laboratory capacity of 10,000 tests daily.

This contract, which is worth 995 million Saudi riyals, is one of the largest contracts that will provide diagnostic tests for the emerging corona virus in the world, in addition to that the committee intentionally purchased tests from several other companies from the United States of America, Switzerland and South Korea, bringing the number of targeted tests to 14.5 million exams and representing Almost 40% of the population of the Kingdom.


His Excellency the Adviser at the Royal Court, Dr. Abdullah bin Abdulaziz Al-Rabiah, Chairman of the committee in charge of the Royal Court to negotiate and purchase to provide speedy medical needs for the new Corona virus, said in a press statement, "This concern and great attention to the Custodian of the Two Holy Mosques and his Crown Prince reflects what our leadership is taking From the care and great care of the dear homeland and its generous people and everyone who lives on the wealth of our good kingdom, indicating that these large numbers of examinations, which are among the largest in the world, clearly show that the Kingdom is accelerating time in diagnosing and isolating cases and thus reducing the risks of this A pandemic that swept the world. Recommend : Saudi Arabia lifts Curfew partially during Ramadan

He asked His Excellency, at the end of his statement, God Almighty, to keep with his care the Custodian of the Two Holy Mosques and His Highness the Crown Prince of all evil, and to perpetuate this country and its leadership health, safety and security, and to lift the scourge and epidemic from our country and the countries of Muslims and the whole world. 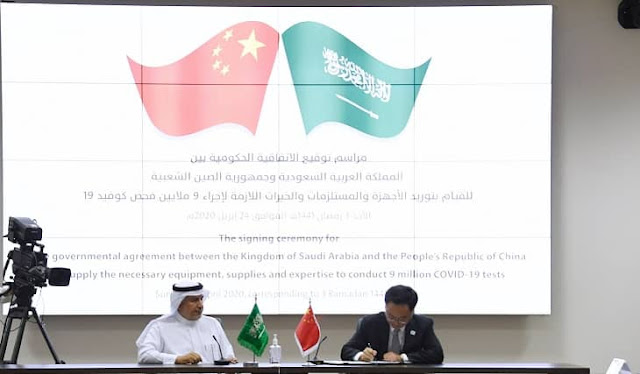