The Minister of Labor and Social Development in Saudi Arabia  protection control against bad behavior at work. The new resolution was started its effect from October 20th 2019. Read : Public decency code rules in Saudi Arabia


The aim of the new resolution of protection control against inappropriate behavior at work is to protect privacy, dignity and individual freedom reported Saudi Press Agency.

- The aim of the decision is to improve the work environment, to make it attractive for job seekers to preserve the rights of all the workers of Saudi Arabia said Ministry's official spokesperson. Most Viewed : Saudi Tourists can visit multiple times in a year

- The new resolution was based on labor law and its regulations, To fight harassment and some international practices on elimination of violence and harassment at work.

- The decision came after revising several workshops in the private sector with the help of specialists, The decision introduces protective controls, preventive measures and the necessary guidelines to enable investigation. Recommend : Foreign women not required to wear Abaya in Saudi Arabia

- The new resolution is going to help enterprises, employees and workers to facilitate the guides of activation and implementing the provisions of the resolution.


- The behavioral infringement refers to all acts of abuse practiced by one party against other, it includes all kinds of exploitation, threats, harassment, extortion, inducement, quarrel, insult, offense, deliberate seclusion with the opposite gender, discrimination. See Also :  List of countries eligible for on arrival Saudi Tourist Visa

- These acts may intend, lead to potentially lead to physical, psychological, sexual or economic harm to the other party. It covers all kind of abuse among employees outside official working hours. 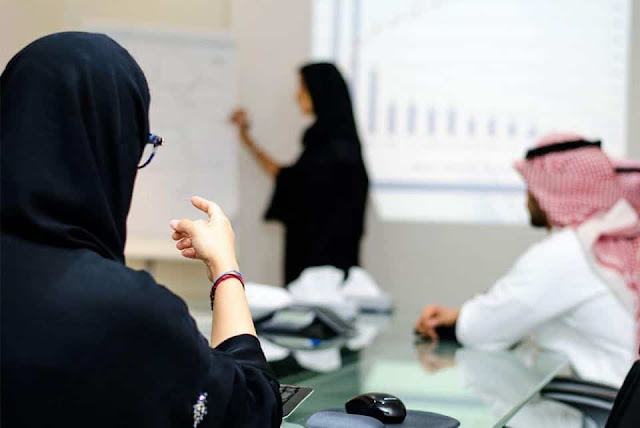