A new law to combat begging in Saudi Arabia to apply, it will punish to those who make it as begging profession with imprisonment and penalty, Ministry of Labor and other departments including Interior Ministry are giving final touches to the new law. Trending : Ban on recruitment of expats in Saudi on hospitality jobs


As per the new law, If anyone asks for money in Saudi Arabia directly or indirectly, sells trivial goods, fakes injuries or disability or use kids to influence others for giving money will be considered as beggar. Recommend : An expat recalls his life in Saudi Arabia 45 years ago

- Whether it is a man or woman, Saudi or non Saudi, If someone found begging in mosques, petrol pumps, traffic signals, public transport and shops, they should deal with the new law.


- According to the new law, If Saudi nationals caught begging for the first time they will not be tried but will made to sign a pledge never to beg again. The ministry will study such type of cases with a view of helping the through providing them with social health, psychological and economic assistance. Read : Saudi Arabia allowed businesses to open for 24 hours on specific fee

- If Saudi national makes begging a profession, they will be jailed for one year and a fine of 100,000 Saudi Riyals, In case of expatriates they will face same punishment and in addition deportation to their home countries even they have valid iqamas.

- One of the social worker said, a number of beggars would return to begging even after they caught and signed pledge due to their bad habit of begging, The ministry said it will create database of beggars to easily identify them and to combat with begging in the Kingdom of Saudi Arabia. See Also : Saudi Arabia has largest gold reserves in Arab countries 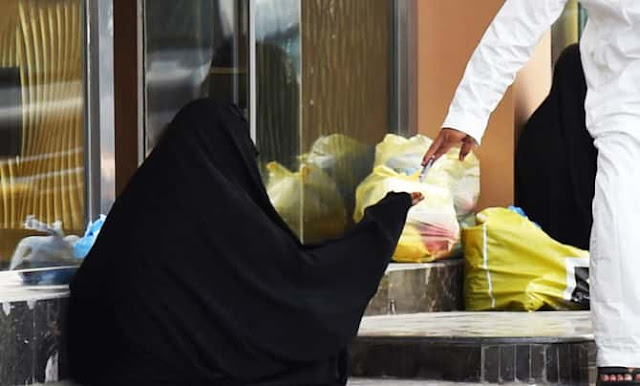