Saudi Arabia's Jawazat is continuously warning its expatriates and citizens for transporting or employing illegal residents in the Kingdom, Those who involve in the act will face 100,000 Saudi riyals fine with a imprisonment up to 2 years. Most Viewed : We continuously need expats for our future projects


Saudi Arabia is cracking down on illegals after giving them an amnesty of 6 months from May to October to leave the Kingdom with out any penalty fine or jail term. Trending : Huroob on domestic workers through Absher online

- Starting from November 2017 to till now, Saudi Arabia police has arrested more than 1.25 million illegal expatriates with the violations of residence, labor and border security laws.

- Those who are transferring or employing more than one illegal resident will face the fines multiplied by the numbers. In case of companies they will face a ban from recruitment for 5 years and a jail term to the responsible up to 6 months.

- Individuals involving in transporting illegals will face 2 years jail and their vehicle will be seized, Expats will be deported to their home countries on the completion of their jail term and the penalties will be publicized. Read : Egyptian teachers arrested for giving illegal classes


- Saudi's General Directorate of Passports has called all the citizens and expats of the country to comply with the rules and regulations, and report illegal or irregular so that they cannot face any punishment. See Also : Fine on self employed expatriates 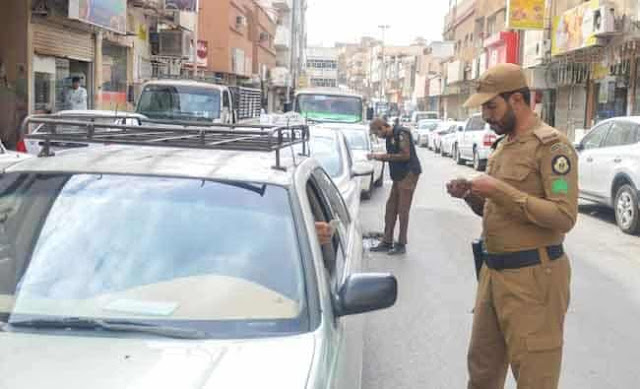