Saudi Arabia in its historic move will now allow women to join military force, In one of the 12 criteria in the rank of soldiers announced the General Directorate of Public Security in the Kingdom. Trending : Agency to find jobs for Saudis in private sector


According to Saudi Press Agency (SPA), The applications of women to join military in the rank of soldiers are currently being accepted for the positions available in the regions of Riyadh, Makkah, Madinah, Qassim, Asir, Al Baha and the Eastern Province, visit jobs.moi.gov.sa to apply before March 1.

- The decision comes as part of the Saudi Vision 2030 program, to expand economic opportunities for women. The beginning of the year 2018 came with surprises to empower women in the Kingdom of Saudi Arabia.


- To apply for joining in military force of Saudi Arabia, women should comply with 12 criteria mentioned below.

1. Being of Saudi origin. See Also : Careem to employ thousands of women

2. Raised in the Kingdom except their father had to live abroad on a government assignment.

4. Must hold at least a high school education.

5. Should pass mandatory medical check up and go through personal interview in order to ensure good conduct.

6. Height must be above 155 centimeters

7. With a good weight to height ratio. Read : Expats to leave jobs for Saudi women

8. Must not be married to non Sauids.

9. Should have independent national id card.


10. Should live in the area of job location, Their guardian job must be in the same area.

11. Should not have any criminal record. Recommend : 3rd phase of feminization jobs

12. Must not be previously employed in any government or military related institution.

- Before this, Public Prosecution of Saudi Arabia said it will hire women as investigate officers for the first time with similar announcements from the General Directorate of Passports and Justice Ministry. 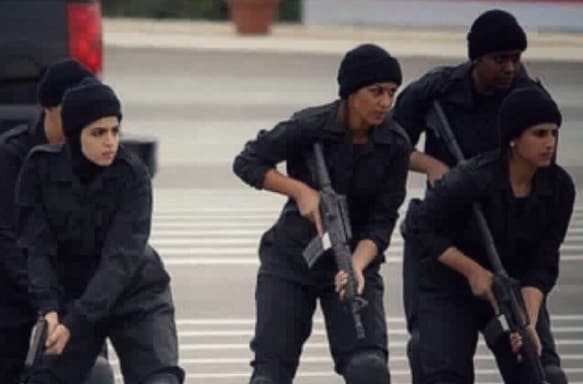