Posted by : Aahil Shaik Saturday, August 26, 2017
PEOPLE OF DIFFERENT COLORS, RACES, ETHNICITY ARE ALL GATHERING TO PLEASE THEIR CREATOR

More than 1.78 million Hajj pilgrims arrived till today in the Kingdom of Saudi Arabia for witnessing and performing the Hajj this year 2017 (1438), The numbers are expected to increase nearly two million till the 9th day of Dhul-Al-Hijjah month. Trending : Saudi Arabia declared Arafat day


As per the statistics of the General Directorate of Passports the number of Hajj pilgrims are increased by 33% compared to the last year Hajj, arrived pilgrims in Saudi Arabia till today are 1,782,386 which is via air, land and the sea ports from all over the world. Recommend : Eid Al Adha holidays in Saudi Arabia

- People of different colors, races, ethnicity are all gathering to please their creator, More than 1,620,592 pilgrims arrived via air, 88,374 pilgrims reached Saudi by land and 14,827 pilgrims arrived by sea ports to witness and perform the rituals of Hajj this year.

- 1279 pilgrims arrived out of 1300 in the Kingdom as the guests of King Salman from 80 countries. Similar : Full millitary security for Hajj


- More than 1000 pilgrims arrived from Qatar as the guests of King Salman through the Salwa border crossing. See Also : Mashaer train to serve Hajj pilgrims 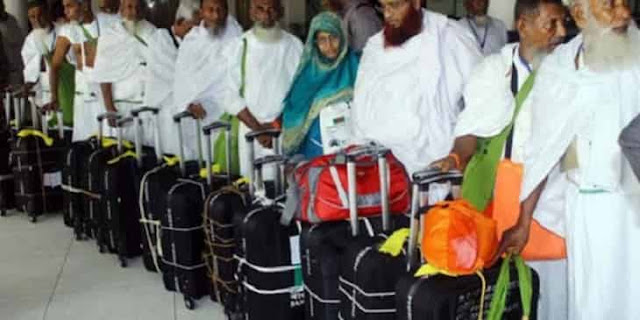