More than 400,060 people stopped from entering into Makkah city as they failed to provide hajj permit, The Hajj Security Forces are checking the pilgrims permits at various entering points of the Makkah city, Entry into Makkah city is only through valid hajj permit till the end of Hajj season. New : Saudi Arabia in support of Women rights


100,000 Saudi security troops and 5000 CCTV cameras at the holy sites of Makkah and Madina to secure this Hajj season and the pilgrims, This year nearly 3 million people to attend the Hajj from all parts of the world. Trending : Mashaer metro train that only runs on Hajj

- One of the main reason for denying entry into Makkah city is to secure and safeguard the Hajj season, The authorities will not tolerate anyone who violates the regulations or who tries to disturb the Hajj atmosphere.


- Unauthorized pilgrims will be strictly handled for violations and send to the related authorities for penalizing them, Performing illegal Hajj is a violation and it results in deportation of an expat with a 10 year ban from entering into Saudi Arabia. Most Viewed : Saudi to limit 40 working hours for a week in private sectors


- Many surveillance cameras are recording the actions of public in various entrances of the holy sites, Residents and citizens should cooperate with the security officials in order to provide suitable atmosphere for the Haji's or pilgrims. Hot : Harmful comments can lead you to Jail 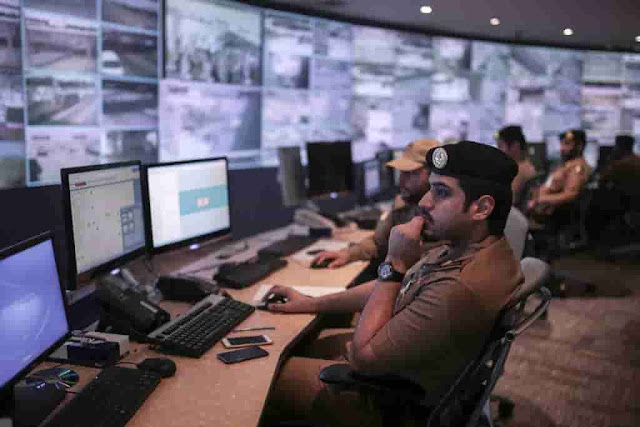