Saudi Arabia's King Salman last year officially launched the the new designed Saudi currency notes and coins with its first set of all categories of notes and metal coins.

- New Two Saudi Riyals coin and One Saudi Riyal coin have a image of King on the back side of the coin, While in 50 Halalas, 25 Halalas, 5 Halalas and 1 Halala coins backside have Saudi symbol of Palm tree and two swords.


- New Five Hundred Saudi Riyals(SR 500) contains the image of the Holy Mosque Makkah, image of Kingdom's King and the Emblem of Saudi Arabia(Palm tree with 2 swords). 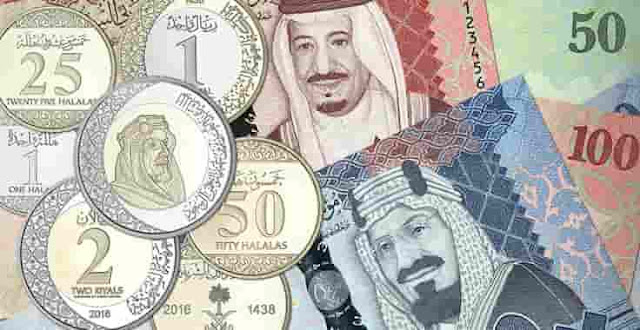 - New One Hundred Saudi Riyals(SR 100) contains the image of the Holy Mosque Madina, Image of the Saudi's King Salman and Saudi Emblem symbol of Palm tree with two swords on it.