Saudi Arabia tops in Group of Twenty (G20) countries in the flow rate of international tourists arriving during the first 7 months of the year 2022, as per the latest reports issued by the World Tourism Organization, which was announced during the tourism ministers meeting of the G20 countries for the year 2022, which was held under the chairmanship of Indonesia, and in which ministers from various countries participated, around the world  with the slogan "Together we recover stronger". Join Saudi Expatriates Telegram channel

Tourism Minister Ahmed bin Aqeel Al-Khatib extended his congratulations and blessings to the Custodian of the Two Holy Mosques King Salman bin Abdulaziz Al Saud, Crown Prince Mohammad bin Salman bin Abdulaziz on this important achievement.
- This achievement comes as a peak of the directives of the wise leadership and its continuous efforts to enhance the Kingdom's position on the global tourism map. It also confirms the wise leadership's policy in empowering the national economy and raising the tourism sector's contribution to the Kingdom's GDP as per the ambitious goals of the Saudi Vision 2030. Trending : King Salman appoints Crown Prince Mohammed bin Salman as Prime Minister of Saudi Arabia
- According to the World Tourism Organization, Saudi Arabia achieved extraordinary results in the influx of international tourists, at a rate of more than 121%, in the period from January to July 2022, the report also stated that the rate of tourism spending in Saudi Arabia far exceeded pre-coronavirus levels.

- The Minister explained that these positive results confirm the strength of the Saudi economy and its ability to adapt to various changes, stating that the tourism sector in Saudi Arabia is the fastest growing in the world.
- As it recorded a growth rate of 145, compare to the period before the Corona pandemic and it is currently witnessing a rapid recovery from the consequences of the pandemic, especially with the lifting of precautionary and preventive measures after the rate of infections decreased to low levels, as a result of the solidarity of the concerned authorities, and the high awareness of the Saudi society. Most Viewed : Nusuk platform to apply for Umrah and visit visas from all around the world 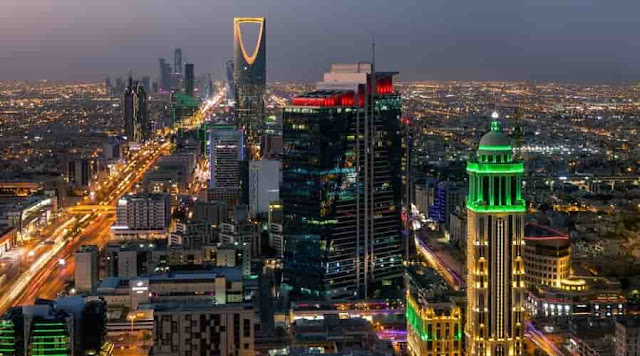