The Public Prosecution in Saudi Arabia confirmed the prohibition of taking advantage of Hajj pilgrimage to beg or let others to beg, directly or indirectly, in public places or private shops, or through modern technology and communication or by any means whatsoever, based on the anti-begging law. Most Viewed : Kaaba kiswah raised from the ground in preparation of Hajj

The Public Prosecution said that whoever engages in begging, incites others, agrees with him or help him in anyway, on the contempt of beggary, he is liable to jail term of up to 6 months and a fine of 50,000 riyals.
- The Prosecution said, whoever engages in begging, manages beggars, incite others, agrees with him or assist him in anyway, in any of that within an organized group that engages in beggary, shall be punished with imprisonment of up to 1 year and a fine of up to 100,000 riyals. See Also : 15 items not allowed to carry while traveling in flight to perform rituals
- The authority further said that, the penalty would be doubled in case of repeat, not exceeding twice the maximum limit set for it.

- The Prosecution continued stating that all non-Saudis who were punished with the exception of Citizen's wife, citizen's husband or children will be expelled from the Kingdom as per the provisions, after the end of their sentence in accordance with the regular procedures followed, and they will be banned from returning to Kingdom, with the exception to Umrah and Hajj. Read : Two necessary vaccinations for domestic Hajj pilgrims 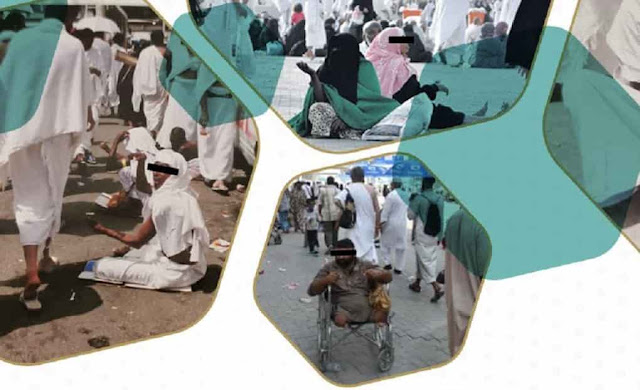 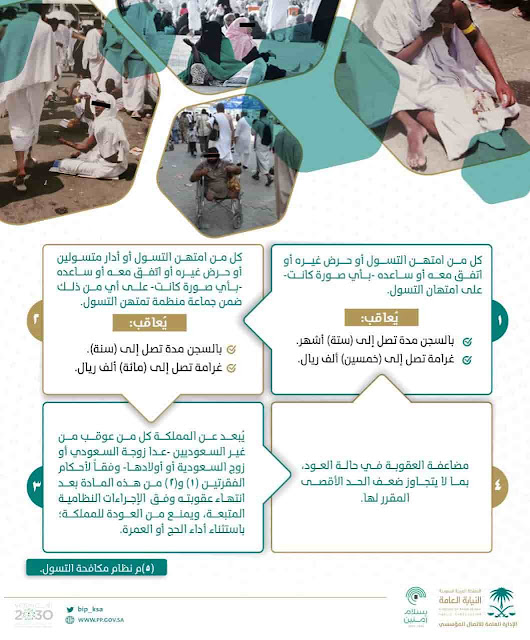