The General Directorate of Civil Defense in Saudi Arabia has confirmed the ban on the entry and usage of all kinds and sizes of cooking gas cylinders in pilgrims camps and the offices of the government departments located in the holy sites of Makkah. See Also : Longest walkway pedestrian in the world in between Makkah holy sites

The Civil Defense further said that the ban will come into force from the morning of the first day of the Dhu Al-Hijjah month, according to a report of Saudi Gazette.
- The decision of ban from the entry and use of Liquified Petroleum Gas (LPG) in the holy sites of Makkah during the Hajj season will be enforced with the help of security authorities. See Also : 15 items prohibited from carrying in flight to perform rituals
- The Civil Defense added that, all prohibited items including gas stoves and cylinders that may use for cooking purposes, will be seized warned the Civil Defense, highlighting that the legal measures will be applied on those who found violating the rules and regulations.

- The fire prevention and safety supervision teams of the Civil Defense will carry out comprehensive field and inspection tours of all the offices of government agencies and commercial establishments in the holy sites to make sure that LPG is not used on their premises in Mina, Muzdalifa and Arafat during Hajj season, in order to ensure the safety, health and security of pilgrims.
- The decision of banning cooking gas at the holy sites came within the framework of the preventive measures imposed by the Civil Defense to reduce the risks of fire during the preparation of pilgrims camps, as well as at the time pilgrims stay there to complete their Hajj rituals. Read : Two necessary vaccinations for Hajj pilgrimage for domestic pilgrims 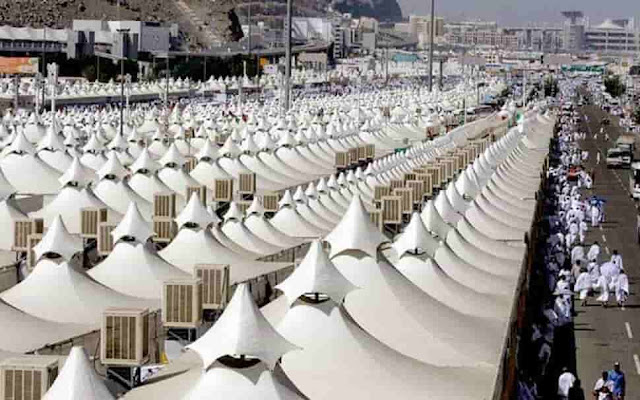