The Public Prosecution in Saudi Arabia said that the right to a reputation is one of the in-born rights of a person, and it is protected by precious legal guarantees in the Kingdom.

The Public Prosecution confirmed that, it is not permissible to defame or harm others through various means of information technologies including social media, it requires criminal accountability.
- The Prosecution further clarified that every person who commits an information crime by defaming and harming others, through various means of information technology will be punished by a jail term of up to 1 year and a fine of up to 500,000 riyals, as per the Anti Cybercrime Law. See Also : Defaming one through social media is a crime in Saudi Arabia
- The Radio and Television Authority had revealed the types of penalties and conditions for publishing on social media, as per the infographic published by the broadcaster, the rules for publishing on social media included the following.

1. It must not be subjected to defamation and abuse of persons and departments or harm to those in authority.
2. Whoever published the media material or content to blame.
The authority highlighted that all media professionals and influencers, each in his field, observe regulations and stick to the appropriate content. Similar : Using mobile phone camera for violating private life is a crime
* The penalties in this violations includes a fine of up to 10 million riyals, suspension for a period of up to 6 months and license cancellation.

- The authority clarified that there are specialized committees to issue penalties against violators, affiliated to the Ministry of Information in the General Secretariat of the Committees. Join Saudi Expatriates community on imo messenger 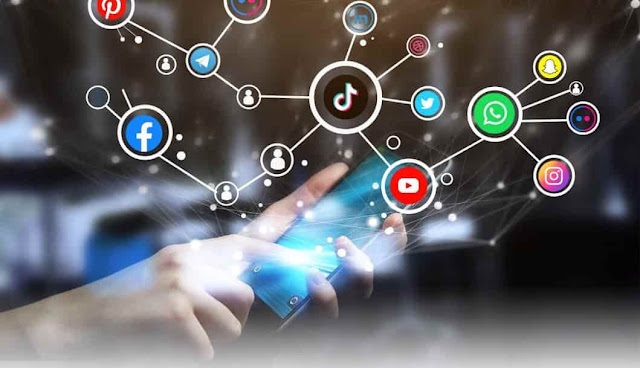 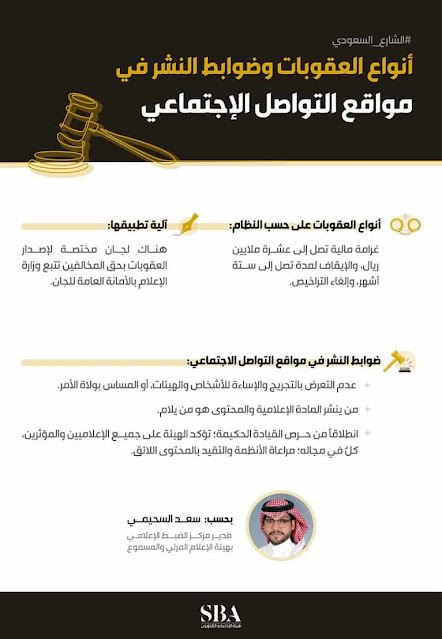 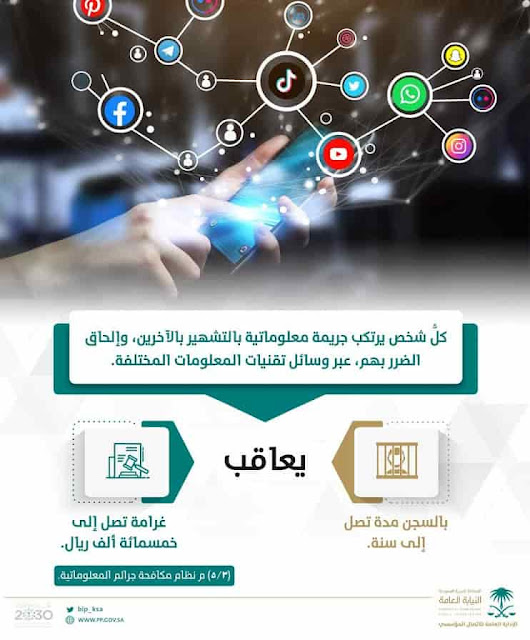