The Ministry of Hajj and Umrah in Saudi Arabia confirmed that, it is necessary to reserve a permit to pray in the Rawdah Al-Sharifa in the Prophet’s Mosque (Madina Al-Munawwarah), stating that the health status must be 'Immune' in the “Tawakkalna” application.

The Hajj Ministry further explained that the duration of stay in the Rawdah Al-Sharifa is 10 minutes, explaining that Yesterday 10,458 permits were issued to pray in Rawdah Al-Sharifa.
- Earlier this, the Ministry of Hajj and Umrah clarified that repeating Umrah is only possible after 10 days of the issued permit, it includes to both local pilgrims or international pilgrims. It is due to the application of precautionary measures in the Two Holy Mosques. Similar : No need of permit to perform prayer in Prophet's Mosque
- The Ministry also clarified that, Umrah permit can be canceled 4 hours before its due date, currently there is no option to modify issued permits. However they can get new permit after 10 days.

Are Women allowed to visit Prophet's tomb in Madina Al-Munawarrah :
- The Ministry of Hajj and Umrah specified that visiting the tomb of Messenger is currently restricted to men, according to the issued permit, stating that women can visit the Rawdah Al-Sharifa. Follow Saudi Expatriates on Instagram
- This came in response to an inquiry from one of the beneficiary, who asked, Is women not allowed to visit the Prophet's tomb? 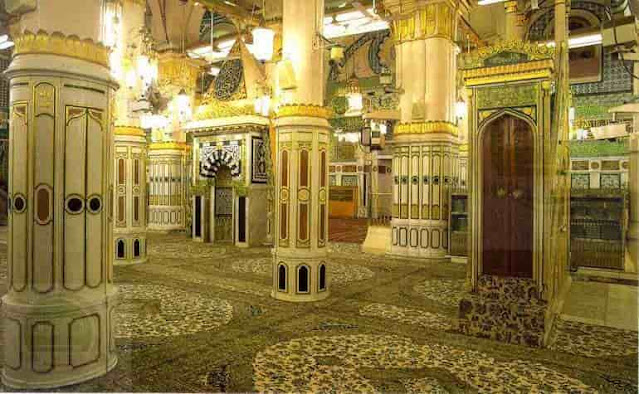