The King Fahd Causeway Public Corporation clarified that in case of any registered violations, the driver is informed of their fine and number, without stopping him from leaving for any reason. Follow Saudi Expatriates on Telegram

The King Fahd Causeway is a bridge that connects Saudi Arabia and Bahrain, on Sunday, the Authority through its Twitter account, ended the controversy that arise on social media, regarding stopping drivers from leaving the country, if the fines could not be paid. Trending : No institutional quarantine for abroad Umrah pilgrims who received 2 doses of Saudi approved vaccines
- The King Fahd Causeway Foundation confirmed that the driver will receive prior notice of the violations recorded against him and their fine value, he can pay at a later time, if payment is not possible at the moment for any reason, without preventing him from leaving.

- "According to the statement of the Director of the General Directorate of Traffic in the Kingdom of Bahrain, in case of traffic violations recorded on the vehicle, the driver is informed of its threat and value, in advance, while making sure that he is not prevented from leaving, if payment is not possible for any reason, and it can be paid later", added the King Fahd Causeway Foundation.
- The Foundation also referred to the statements of Brigadier Abdulrahman bin Abdulwahab Al Khalifa, Director General of the Directorate of Traffic in the Kingdom of Bahrain, in which he confirmed that no one will be prevented from leaving, if traffic violations cannot be paid. Read : GACA circular to airlines regarding direct arrivals from all countries 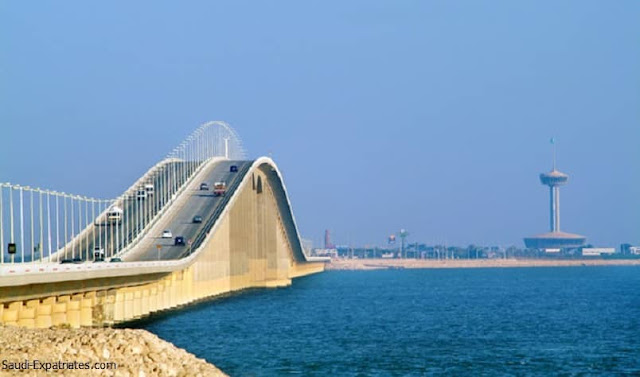