The Ministry of Hajj and Umrah in Saudi Arabia announced the age group allowed to get permits of Umrah and prayer in the Great Mosque of Makkah (Masjid Al-Haram) for those coming from outside the Kingdom of Saudi Arabia.

The Ministry revealed that the ages of those coming from abroad to perform Umrah or prayer in Makkah must be between 18 and 50 years.
- Those who wish to get an Umrah visa from outside Saudi Arabia, they can communicate with one of the official travel agencies in their home country that is contracting with a Saudi Umrah company. See Also : Tawaf for non-umrah performes through Eatmarna and Tawakkalna apps soon
- Before traveling, overseas pilgrims must be fully vaccinated with the approved vaccine doses against corona virus and an official certificate of proof must be submitted to be able to issue the electronic visa through the Ministry of Foreign Affairs platform Saudi Arabia.

- The Ministry of Hajj and Umrah has recently launched the service of issuing permits for those coming from abroad through the “Eatmarna” and “Tawakkalna” applications, in order to ease the guests of the Most Merciful. Calling everyone for downloading the two applications or updating them through online stores to benefit from the services provided.
- For the pilgrims inside the Kingdom, the ministry highlighted that entering the campus is done only after the effective permits for Umrah or prayers available, and those who do not have an effective permit are not allowed to enter, children cannot be accompanied inside the Great Mosque of Makkah, and they are not allowed to pray in the courtyards of the Grand Mosque, and from inside the Kingdom the age group is from 12 years and above, they can issue Umrah permits, given that the vaccination should be completed with two doses. Saudi Expatriates now available for Download on Google Play Store 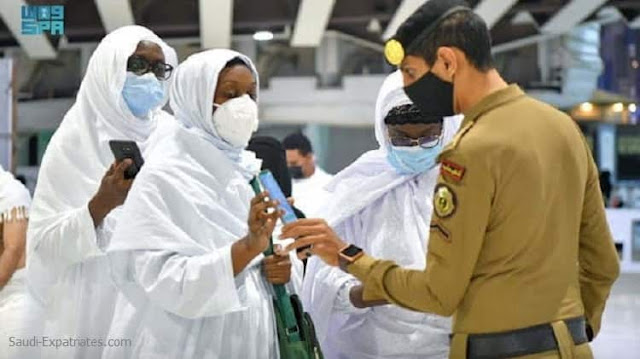