An Expat rescued in Saudi Arabia, 2 days after being stranded in Desert

An Expat rescued in Saudi Arabia, 2 days after being stranded in Desert

A Saudi team of volunteers saved a life of Sudanese resident expat, 2 days after losing contact with him, as he took a desert road from Riyadh to the city of Rabigh in Makkah region, to deliver a shipment of fodder. Follow Saudi Expatriates on imo (Limited to imo mobile app)

A Saudi expatriate (Sudanese National) could not control himself with joy, after he watched the cars coming from a far to save him, he cried in happiness, as he was stranded for 2 days and almost lost in the desert, after his car stuck in the sand. Trending : Umrah permits for Abroad pilgrims are limited to 18 to 50 age group
- One of the leader of volunteer team, Talal Abdul-Ghani said that the resident expat works as a truck driver and he was transporting fodder from Riyadh to various regions of the Kingdom, after he traveled 50 kilometers on his way to Rabigh through the desert, his truck with 4 tons of fodder stuck in the sand without being able to get it out.

- He explained that fortunately, after a one whole day had passed, a person accidentally passed near by him, and gave water and bread, and the Sudanese resident asked him to contact the rescue authorities.
- Social media platforms widely shared the video clip recording the moment the man was rescued after losing hope of survival. Recommend : Tawaf permit for non-Umrah performers from Tawakkalna and Eatmarna soon 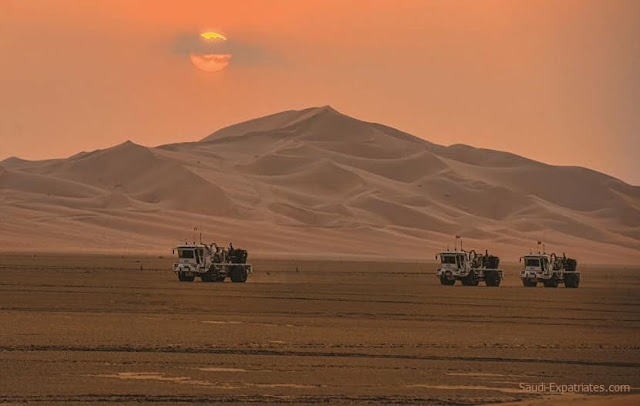