The company announced that its advanced Hyperloop technology can transport travelers comfortably, safely and quietly, at a speeds of up to 1,078 km per hour, through its passenger compartments (Capsules) at high speed through electric propulsion.
- The CEO of DP World, Sultan Ahmed bin Sulayem said that the "Hyperloop" technology, which will transport passengers at a rocket speed, may become a reality by 2030, stating that the first country to launch it will be Saudi Arabia or India. See Also : For the first time, Turning Air into water in Neom city
- A High-speed transportation system, which can reduce travel time between cities in less than an hour is currently being developed by many companies including Virgin Hyperloop, which the port operator owns, based in Dubai.

- Saudi Arabia was associated with this new technology, as the Ministry of Transport signed a contract with the company in 2020, for a preliminary study on the use of Hyperloop technology in the field of transporting passengers and goods in the Kingdom.
- Virgin Hyperloop can push passenger or cargo capsules transportation system at a speed of more than 1,000 km per hour, 3 times faster than High-Speed rail and 10 times faster than conventional rail, of 400 million dollars from investors, including DP World. Recommend : 53 governorates of Saudi Arabia has now G services
- In the year 2019, Virgin Hyperloop announced a study to build the world's longest hyperloop test site, with a length of 35 km, in Saudi Arabia through PIF (Public Investment Fund) to reduce travel time, not only in all parts of the Kingdom but also across the Gulf Cooperation Council (GCC) states. 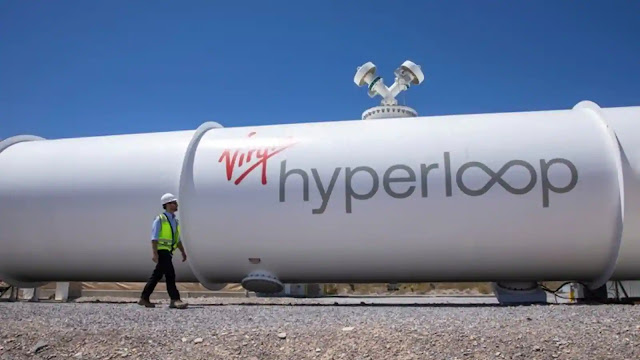