The Communications and Information Technology Commission (CITC) in Saudi Arabia said the coverage of 5G services in the Kingdom has increased during the first quarter of the year 2021.

The CITC reveals that 5G services have been extended to 53 governorates of Saudi Arabia as compared to 51 governorates in the last quarter of the year 2020. According to the report issued by the CITC on internet speed in the Kingdom.
- In its first quarter Meqyas report, the commission said STC (Saudi Telecom Company) and Zain topped in the list of broadband services in Saudi Arabia. Trending Video : For the first time in Saudi Arabia, turning Air into drinking water in Neom
- STC and Zain KSA topped in the list of 5G services coverage in the Kingdom, the two companies provided 5G coverage in 43 governorates, while Mobily (Etihad Etisalat) provided 5G services in 21 governorates.
- Zain KSA records highest average 5G internet download speed with 350.47 Mbps, followed by STC with 348.33 Mbps, Mobily came third in the list with 231.83 Mbps average download speed.
- Zain cames first place in terms of performance of spreading 5G services across the Kingdom, except for Makkah where Mobily recorded the highest performance in the first quarter of the year 2021.
- The Meqyas an initiative of CITC, compares the speeds of service providers in the Kingdom for downloads, uploads and 5G, ranking the best performing operators in each region and covering the most commonly used apps and video games. Recommend : Saudi Arabia ranks 5th in World in use of Digital Government 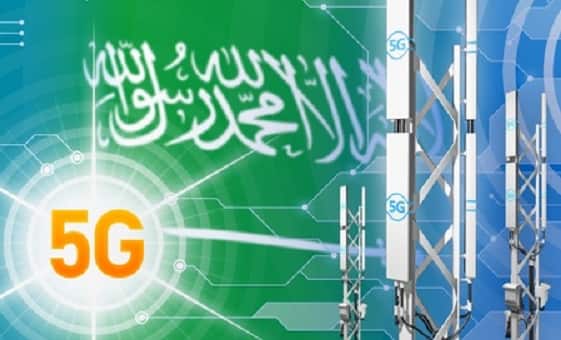