Temperatures to rise to 50 degrees in these 2 regions - Meteorology

Temperatures to rise to 50 degrees in these 2 regions - Meteorology

The National Center of Meteorology in Saudi Arabia announced that, starting from Saturday until Monday, we will witness a significant rise in temperatures in two regions.

The temperatures ranging between 47 to 50 degrees Celsius to shade over the regions of Makkah and Madinah.
- The Meteorological Center stated that the rise in temperatures will be accompanied by activity in the surface winds in the regions of Madinah Al Munawwarah and Makkah Al-Mukarramah (including its coastal parts). Trending : 53 governorates of Saudi Arabia has now 5G services coverage
- As per Friday's weather, thunder clouds will be in 4 regions of the Kingdom with the activity of dusty winds in a number of locations with the coastal parts affected in Tabuk region.
- The report said, Saudi Arabia to witness rainy thunderstorms at the height of Jazan, Asir and Al Baha region extending to Makkah and dusty winds will be active in some parts of Riyadh, northern borders, Madina and the coastal parts of Tabuk.
- The Friday weather is also witnessing an activity of surface winds that limit the horizontal visibility with a speed of 50 km per hours in the Eastern region. Recommend : Second dose of Corona vaccine in Saudi Arabia to be given only after the vaccine available in large quantities 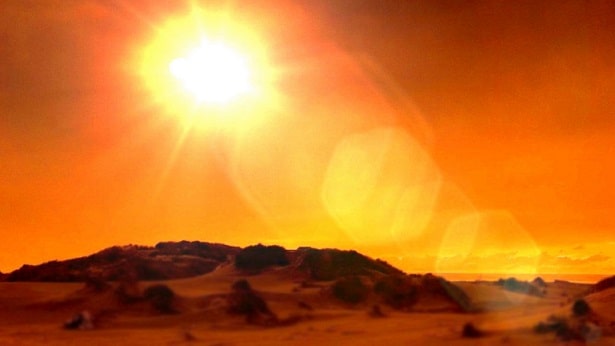