Those who received two doses of Corona vaccine represents more than 50% of the Kingdom's population that reaches 35.01 million.
- The health ministry of Kingdom approved switching between corona vaccines and clarified it is safe and effective method and leads to greater immune response and contributes to protecting against complications from the corona virus. Most Viewed : Saudi Arabia plans to produce Pfizer and AstraZeneca vaccines locally
- As of now, Saudi Arabia approved 6 vaccines against Corona virus in the Kingdom and they are AstraZeneca, Pfizer, Moderna, Johnson and Johnson, Sinopharm and Sinovac.

- The Ministry states that those who received two doses of Sinopharm or Sinovac vaccines, must receive a booster dose of any of the four vaccines, Pfizer, Moderna, AstraZeneca or Johnson and Johnson.
- The Kingdom is on its way, with a plan to vaccinate at least 70% of its population with the aim of achieving herd immunity by October, the average number of doses given daily by the ministry has reached 450,000 doses. Recommend : Saudi Arabia approves Personal Data Protection Law

- Saudi Arabia has strictly announced that only vaccinated people can enter into its public or private places, without the immune health status, the entry is not allowed into commercial centers, shopping malls, retail stores and all public and private entities.
- The number of daily corona infections in the Kingdom is currently less than 100. Join Saudi Expatriates on Whatsapp group 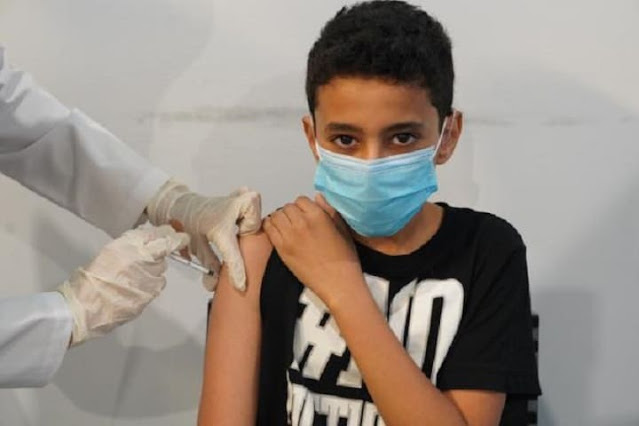