The spokesperson of the Ministry of Health in Saudi Arabia, Dr. Muhammad Al-Abdali, announced the resumption of giving the second dose of the vaccine against Covid-19 to those who deserve it from all age groups.

He said that Saudi Arabia achieved successes in the health plan during the Hajj season this year, and was the subject of global praise, highlighting that the epidemiological curve in the Kingdom is now stable and safe.
- He confirmed that the 4 mutants of concern are alpha, beta, gamma, and delta, which is considered the most important and worrisome, due to 3 main factors, the first of which is that it spread more faster three times than the pattern of the Covid-19 that appeared, and that there are studies which confirmed that the severity of the disease is higher, and to prevent it, two doses of the vaccine must be taken. Trending : Corona Vaccines are Halal and permissible as per Islamic Shariah Law - World Health Organization
- Dr. Abdal Ali stated that there are many countries in the world that have recorded many infections with the delta variant that exceeded 50% and may reach 80%, inviting upon everyone to complete the 2 doses for all eligible groups.

- Vaccination centers in all regions of the Kingdom are witnessing a large turnout, which reflects awareness about vaccinations, and it is expected that the turnout for centers will increase in the coming days.
- Saudi Arabia has administered more than 24,616,162 doses of the Corona vaccine all over the Kingdom through its 587 vaccination centers, In which first doses are 18,443,566 and second doses are 6,172,596, while the elderly people received 1,434,459 doses. Recommend : Saudi Arabia restricts unvaccinated people from entering into Private and Public establishments from 1st August 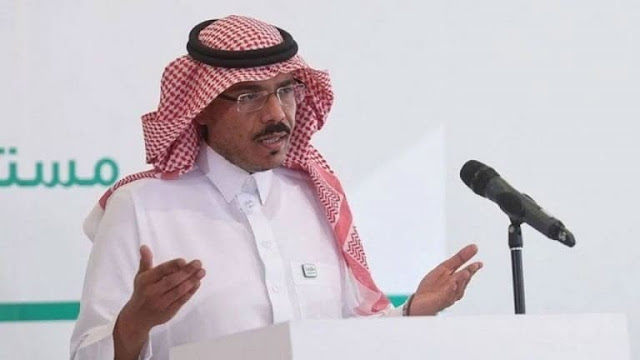