The media spokesman for the Riyadh region police, Major Khaled Al-Kreidis, announced that the security authorities have arrested 6 Pakistani nationals, who violate the residency law and stole 700,000 riyals, recharge cards of value 1.3 million riyals from a commercial company in Riyadh.

Al Kreidis explained that the security authorities of the district police carried out a robbery incident at the headquarters of the commercial enterprise specializing in communications, and it became clear that the offenders demolished part of external wall of the building, broke the main safe and seized sums of money estimated to be 700,000 riyals and recharge cards of 1,300,000 riyals. Trending : Expats remittances jumps by 15% in March 2021
- Riyadh police said that the inference measures taken, the competent authority was able to overthrow the preparators of the crime, who are 6 Pakistanis, in violation of the residency law and they are in the fourth decade of their life.
- He added that the perpetrators were seized in possession of the stolen recharge cards, which are fully recovered and a part of the stolen cash amount also recovered and they were arrested and preliminary legal measures were taken against them, they were referred to the Public Prosecution of Saudi Arabia. Read : Saudi Airlines renews the reminder of categories allowed to travel in the Kingdom 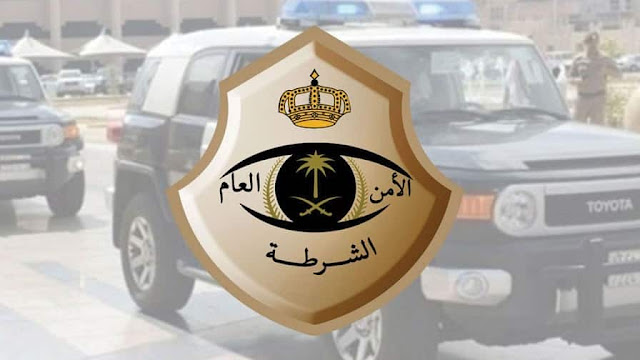 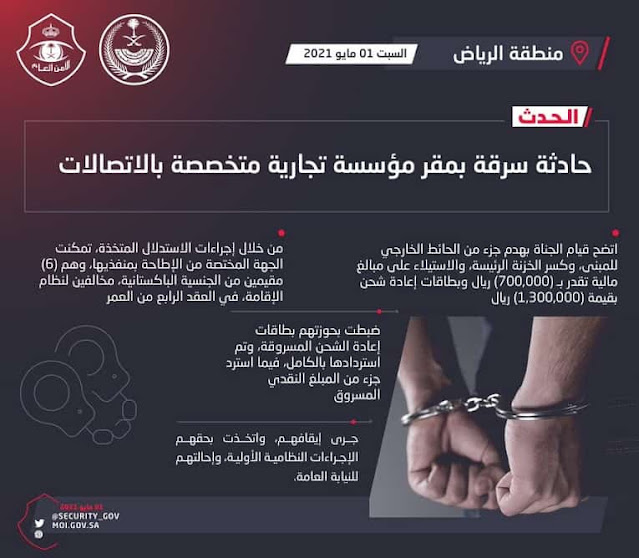