The 'Green Saudi' Project specify that it is expected that 90% of the Kingdom's population will reside in the cities by the year 2050.

The project through its Twitter stated that, it is expected that 90% of the population of Saudi Arabia will reside in the cities by 2050. Projects aimed at developing the urban environment, such as the Green Riyadh Project, which contributes to planting 7.5 million trees, will improve the air quality and the lives of millions of the population. Similar : Saudi Crown Prince launches 'Saudi Green' and 'Green Middle East' initiatives
- 'Green Saudi' project pointed out that programs like 'Green Riyadh - Make it Green' are working to renew Saudi cities, as increasing green space in urban areas contribute to provide clean air, lowering temperatures and reducing carbon dioxide emissions.
- Earlier, the Green Saudi Project explained that 3 species of wild animals were resettled in a nature reserve in Al-Ula governorate.
- This step represents the third phase of the resettlement of Nubian antlers, Arab oryx and reem antelopes to protect wildlife and biodiversity. Recommend : Plan to make Riyadh as one of 10th Largest city economies in the world 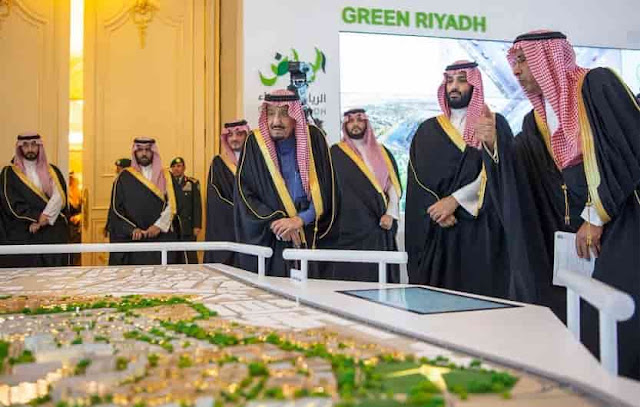