The General Traffic Department (Moroor) in Saudi Arabia renewed its reminder on the date of monitoring the violation of crossing road lanes in four regions (Tabuk, Najran, Al Qassim and Hail), starting from tomorrow, Tuesday, the violation will be detected.

Saudi Moroor informed about this through its Twitter stating that, one day remains for the start of automatic monitoring of a violation, Failure to stick by the boundaries of specific lanes on the roads, in each of Tabuk, Najran, Al Qassim and Hail. Most Viewed : Jawazat calls expatriates to Activate and Download Digital Iqama
Earlier in December, Saudi Moroor began the application of automatic monitoring of violations of road lanes, in each of Makkah Al-Mukarramah, Madinah, Asir region, Northern Borders and Qurayyat Governorate.
- Jazan, Taif, Al Baha and Al Jouf also started monitoring the compliance of road lanes from last December, initially it was started with Riyadh, Jeddah and Dammam on last November.
- Failing to sticking to the road lanes is an violation and it disrupt the traffic and putting lives of others in danger, those who are not sticking to the road lanes to face a fine in range of 300SR to 500 Saudi Riyals. Read : Moroor warns of not leaving sufficient distance between vehicles 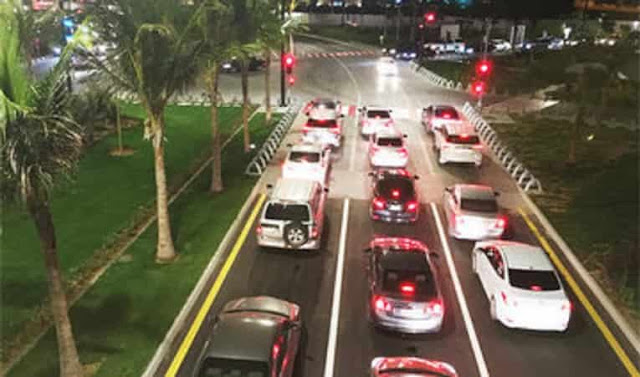