The French embassy in Riyadh issued a statement regarding the stabbing of a security guard at its consulate in Jeddah, by someone.

The French embassy confirmed its confidence on the Saudi authorities, in uncovering the circumstances of the accident, and ensuring the security of the French facilities and community in the Kingdom. Trending : Saudi Arabia condemns the offensive cartoons on Prophet in France
- The embassy said in a statement that the Saudi security forces immediately arrested the perpetrator, while the security guard was transferred to the hospital. Where his health is not a cause for concern.
- The Makkah Police Department earlier announced the arrest of a Saudi citizen, after he attacked a security guard at the French Consulate in Jeddah with a sharp object. Minor injuries were caused, indicating that the perpetrator was arrested and legal measures taken against him.
- An official statement issued by the media spokesman for the Makkah Region Police revealed the circumstances of the accident. Read : Ministry of Health identifies symptoms that need to be hospitalized
- The media spokesperson for Makkah Police, Major Muhammad Al-Ghamdi, stated that the Special Force for Diplomatic Security had arrested the perpetrator of the incident, explaining that the perpetrator of the attack was a citizen, who is in 40's of his life.
He added, It was found that a security guard at the French Consulate in Jeddah was slightly injured during the assault that took place, and the injured was transferred to the hospital to receive the necessary treatment, and the perpetrator was stopped and regular measures were taken against him. See Also : 3 days isolation must in hotel for pilgrims coming from abroad 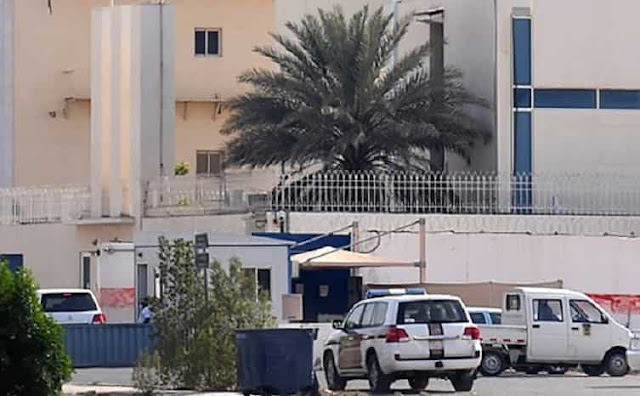 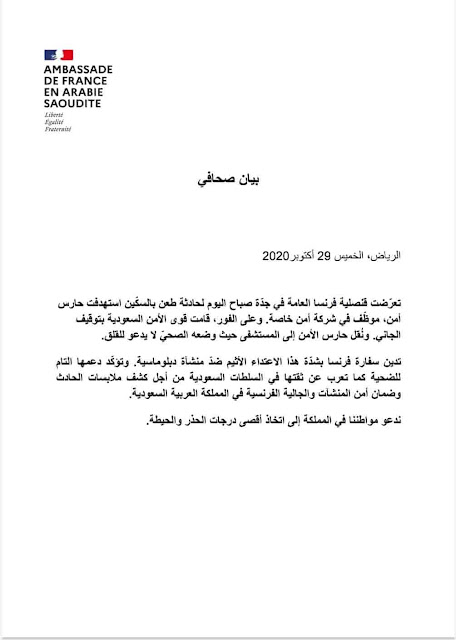