'Eatmarna' Umrah app now issues a set of permits for pilgrims announced the Undersecretary of the Ministry of Hajj and Umrah and the supervisor of the app. Abdulrahman Shams.

The new permits includes one of prayers in the Grand Mosque, the other for prayers in the Prophet's Sacred Chamber in the Prophet's Mosque and one for greeting the Prophet and ofcousre Umrah permit, the more new permits will be added gradually to the app said Shams.
- The 'Eatmarna' Umrah app is available on both Android and IOS smartphones, The aim of the app is to allow pilgrims to plan their Umrah during the Coronavirus pandemic in advance.
- Visits and prayers in the holy mosques are planned as per the available capacity approved by the authorities, ensuring the provision of a spiritual and safe atmosphere that address to precautionary measures reports Arab News.
- Starting Today, registration for 2nd phase of Umrah begins with 250,000 slots via the 'Eatmarna' app, Second phase begins from 18th October with 15,000 pilgrims per day. 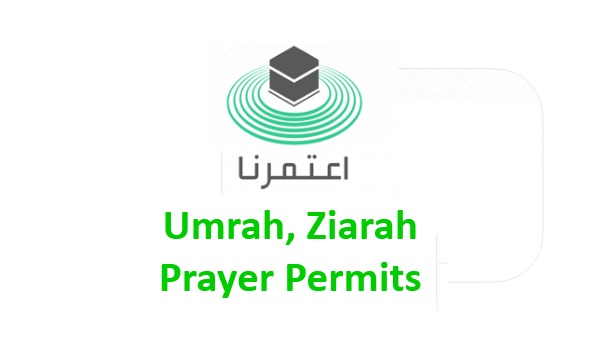