Bahrain and Israel to Sign an agreement to establish Diplomatic relations

Bahrain and Israel to Sign an agreement to establish Diplomatic relations

On Sunday (18th Oct, 2020), Israel and Bahrain will sign an interim agreement providing for the establishment of diplomatic relations between the two countries Israel and Bahrain, including the opening of two embassies.

The Israeli Broadcasting Corporation reported that US Treasury Secretary Stephen Mnuchin will lead the joint Israeli-American delegation scheduled to arrive in Manama, the capital city of Bahrain on Sunday, where the signing ceremony will take place.
- The commission stated that Israel had responded to Bahrain’s request not to sign a comprehensive "peace treaty" at this stage due to internal criticisms against normalization. Trending : UAE gets Saudi Arabia's and Bahrain's approval to use its airspace for flights to all countries
- An American delegation headed by Mnuchin left Washington last night on its way to the Middle East on a tour that includes Israel, Bahrain and the United Arab Emirates (UAE).
- Bahrain and the UAE signed two agreements in Washington last month to normalize relations with Israel.
- Yesterday (16th October), American and British officials hailed the announcement by US President Donald Trump of a peace agreement between Bahrain and Israel, and considered it a historic step towards a new Middle East. Read : 1,100 years old 24 karat Islamic gold coins discovered in Israel
- The US Secretary of State Mike Pompeo thanked the King of Bahrain and the Israeli Prime Minister for their courage to change the fate of nations. 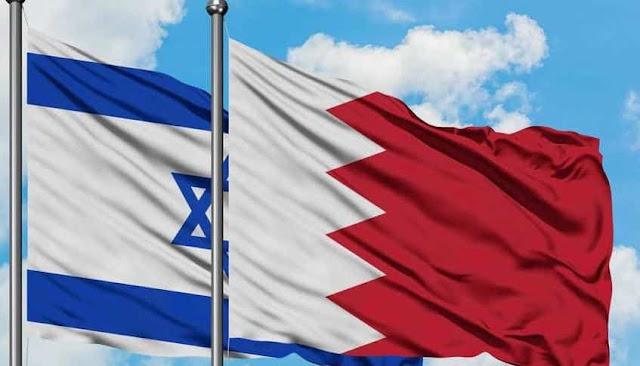