No Gender discrimination in Salaries of Private sector Workers, Women forbidden to work in Barbershops

No Gender discrimination in Salaries of Private sector Workers, Women forbidden to work in Barbershops

The Ministry of Human Resources and Social Development in Saudi Arabia approved a unified regulation of the work environment in private sector to keep pace with the developments in the Saudi job market.

The Ministry stated that it will ensure that there is no gender discrimination in terms of salaries of male and female employees working in the private sector.
- The provision also said of suitable place for every employee to practice his work and the prohibition of the employment of women in facilities designated for men only, such as men's sports clubs and barber shops. Trending : Final exit for expat outside Saudi Arabia is not possible - Jawazat
- It is not allowed for an employer in the private sector to discriminate between its workers on the basis of gender, age or disability with regard to working conditions while hiring them.
- The employer is prohibited from doing any sort of pressure on the freedom of the worker including instruction of wearing an appropriate dress and also forcing them to perform work which was not agreed upon the contract.
- The employer has no right to exploit his workers to carry out tasks or go out with an appearance that provokes public opinion.
- Employer must announce the dress code of his workers in a manner that does not contradict the provisions of the Islamic Shariah states the Ministry. Read : Video of Saudi woman works in barbershop gone viral
- The ministry also said that, It is forbidden for an employer to impose behavior or conduct a worker that does not comply with public decorum. 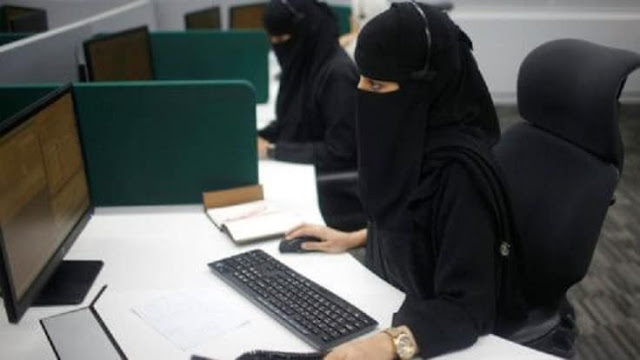