Final Exit of Expat outside Saudi Arabia is possible? What to do of Iqama after Final Exit? Jawazat response

Final Exit of Expat outside Saudi Arabia is possible? What to do of Iqama after Final Exit? Jawazat response

The General Directorate of Passports (Jawazat) in Saudi Arabia confirmed that a final exit cannot be issued for an expat worker while he is outside the Kingdom.

This response came in to an inquiry by one of the expat worker, he tweeted on the Jawazat's official account on the social networking site Twitter, in which he questioned: “Final exit can be issued for a worker, while he is outside the Kingdom ?”  Trending : Home quarantine of 3 days for those coming from abroad to Saudi Arabia.
- The General Directorate of Passports replied, "The instructions do not allow the transfer of an exit and return visa to a final exit, while the beneficiary is outside the Kingdom, We are happy to serve you."
- The General Directorate of Passports explained 2 ways to get rid of the resident’s identity (iqama), after the final exit of the worker, following the inquiry from one of the beneficiaries, saying: “When the final exit of the worker is issued, does the sponsor or employer keep the iqama?” Read : Insurance companies achieved good profits during Corona curfew due to less accidents and claims
- Saudi Jawazat responded on Twitter, saying: “The iqama of a resident is the responsibility of the employer. It should be handed over to the Jawazat or to be destroyed by employer after the resident expat leaves Saudi Arabia on final exit”. 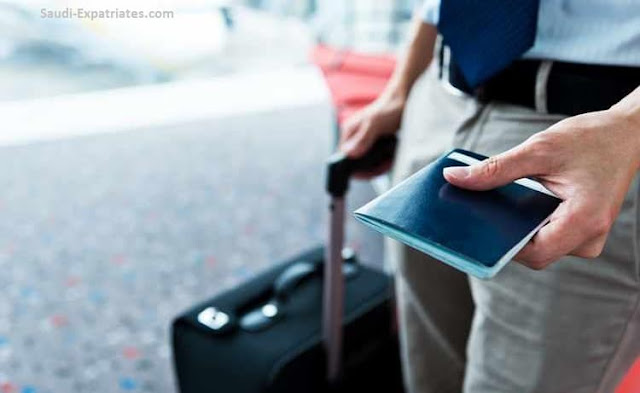