16,000 Pilgrims registered for Umrah through 'Eatmarna' app for First 10 days

16,000 Pilgrims registered for Umrah through 'Eatmarna' app for First 10 days

The Minister of Hajj and Umrah in Saudi Arabia, Dr. Muhammad Benten, confirmed that the Umrah permit through application 'Eatmarna' is free of charge and without financial compensation.

During his meeting on the Al-Rased program he said that no person will be allowed to enter the Great Grand Mosque of Makkah except after registering in the application of Umrah, indicating that the age of pilgrims in the first phase is between 18 and 65 years.
- There is a precise plan calculated in seconds from the stage of entering each group of pilgrims to the Grand Mosque in Makkah and performing the circumambulation (Tawaf) around the Holy Kaaba and the pursuit between Safa and Marwah until their departure. Trending : Umrah permit phases as per  Ministry of Hajj and Umrah
- The Minister of Hajj and Umrah said that 16,000 pilgrims were registered during the first hours of the launch of the “Umrah” application, according to the Emirate of Makkah Province, on Twitter.
- The Minister of Hajj and Umrah indicated that the reservation of the first 10 days for pilgrims has been completed.
- Currently, the Umrah application is only available on App Store, soon it will be launched in Google Play. For now there is no other way to get permit for Umrah except through mobile application. See Also : Resumption of Tourists visas of Saudi Arabia from 2021 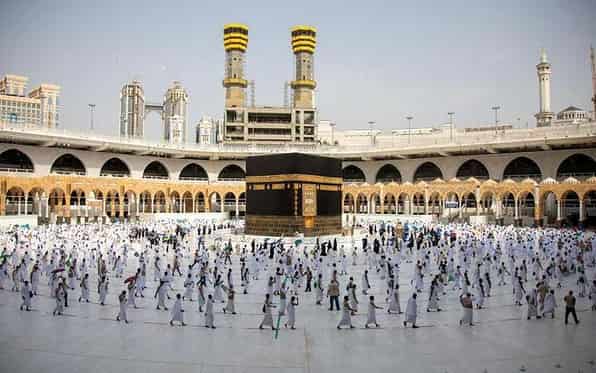