Riyadh Region Police in Saudi Arabia arrested 15 expatriates for violations of border and security regulations in the Mahdia neighborhood, west of Riyadh.

The assistant media spokesperson for the Riyadh region police, Major Khaled Al-Kreidis, stated that the competent authorities in the region were able to arrest 15 people, as part of their efforts to follow up on violations of border security systems and to track down the areas in which there are a number of violators in the Mahdia neighborhood, west of the city of Riyadh. Trending : Saudi post warns of fake contests and prizes using its logo
- This resulted in the arrest of 15 violators Of Ethiopian nationality, they have been arrested and all legal measures have been taken against them to refer them to the competent authority. 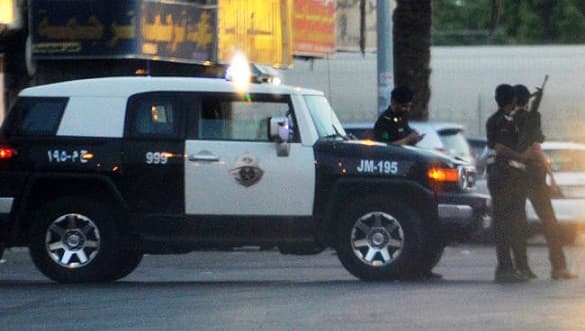