Kaaba Kiswah raised up from the Ground, Marking the beginning of Historical Hajj

Like every Hajj season, This 'Historical Hajj' season also Kaaba Kiswa raised up, to 3 meters from the ground and covered it with white cotton cloth about 2 meters high and 47 meters wide as per the measures of the Two Holy Mosques Affairs. Most Viewed : Saudi Arabia announces Eid Al Adha Holidays for both private and public sector employees


The Kiswah usually raised early each year around 15th Dhu Al Qaidah month, but due to virtually no crowd it was moved down to the 1st day of Dhu Al Hijjah, This year it raised up Yesterday night.

- To prevent pilgrims from touching, damaging or tampering the Kaaba Kiswa cloth, it will raised in every Hajj season. Many people are keen to touch the Kiswa while doing Tawaf, which results in damage of the Kiswa. Recommend : Hajj Security Officials warns of Violations and entries at Holy sites without Permit

- Few pilgrims cut some parts of Kiswa as they think it will bring good luck for them, if they keep it in their homes. It will bring back to its old position once the Hajj season is finished.


- A new Kiswa is made every year at the factory and it will be ready before 2 months of every Hajj. It costs about 20 million Saudi Riyals. See Also : This year Eid Al Adha prayers to be held in arranged mosques, not in open area

- The Kaaba kiswah will change every year on the last month of Hijri calendar that is Zil Hijjah (Dhul Hijjah) under the supervision of the Presidency (Sheikh Abdulrahman Al-Sudias) and the Custodian of the Two Holy Mosques (King Salman). 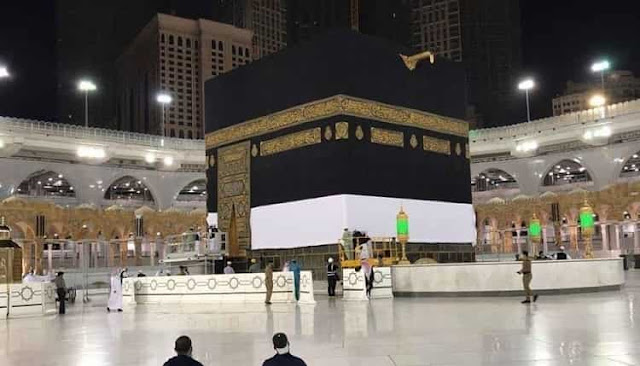 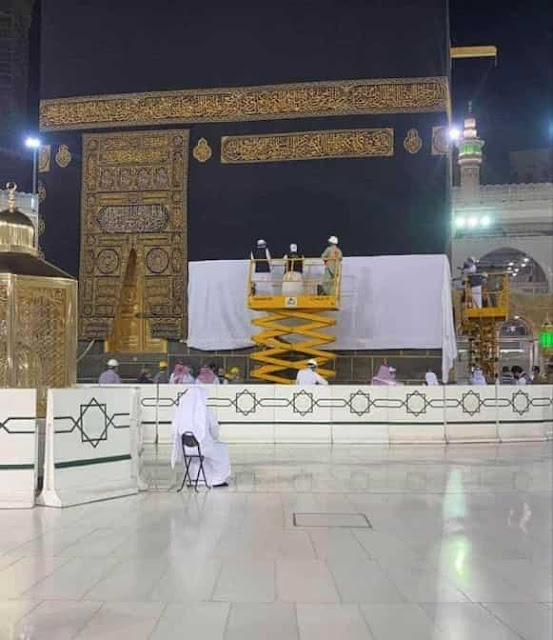 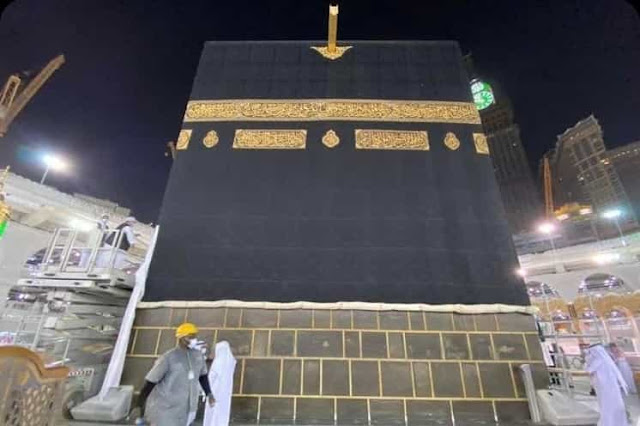