Posted by : Aahil Shaik Saturday, May 30, 2020
Saudi Arabia to Re-Open the Prophet's Mosque for Worshipers from Sunday


“The General Presidency for the Affairs of the Two Holy Mosques” said, via Twitter, based on the kind approval, the General President for the Grand Mosque and the Prophet’s Mosque, Sheikh Dr. Abdul Rahman bin Abdulaziz Al-Sudais , will approve the agency’s plan for the gradual opening of the Prophet’s Mosque in light of the precautionary measures starting from Sunday, 8th Shawwal.

- Limiting the congregation to 40% of the Mosque's capacity at a time. The Worshipers allowed to enter the mosques from Fajr prayers on 31st May, Sunday morning. Prayer rugs will be removed from the courtyards of the Prophet's Mosque.


- The Old Mosque and Ziyarah (Visiting) to the Rawdah (Resting place of Prophet (PBUH) ) and Riyadh Al Jannah will remain suspended.

- Everyone should wear face masks

- Children are not allowed

- Maintain gap on a row between each worshiper

- Mosque will be closed at 40% capacity. 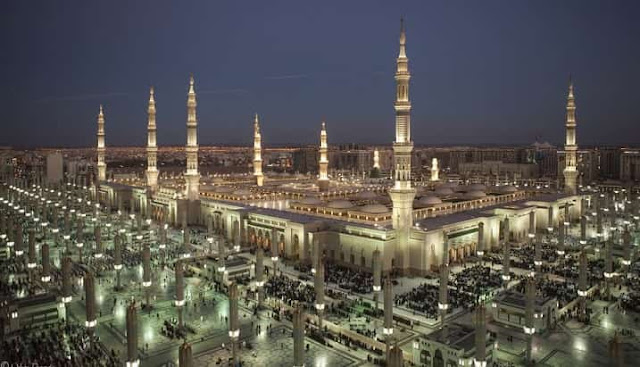