The Council of Senior Scholars in the Kingdom of Saudi Arabia decided Today (17 March 2020) to  suspend the daily congregational prayers and the Weekly Friday (Jumah) prayer in all mosques across the country. Trending : Total coronavirus cases in Saudi Arabia reached to 181


However, The Two Holy Grand Mosques in Makkah and the Prophet's Mosque in Madina are exempted from this ruling, According to the Saudi Press Agency report, quoting a council statement.

- The Adhan (Call for Prayer) shall be made as usual, The statement said.

- The 25th extraordinary session of the council held in Riyadh ruled that all the mosques will remain closed on a temporary basis.


- The Secretary General Mohammed Al Issa of the Mecca-based Muslim World League said “This is considered a religious duty dictated by the Islamic Sharia and its general and specific rules. Everybody knows that this pandemic requires taking every precautionary measure including preventing any form of gathering with no exceptions.

- He also said that “The Islamic Sharia advises people whose mouths smell after eating to not go to communal prayer let alone if they were infected with a fatal virus which everybody has been warned about with no exceptions,”.


- The Saudi government took all precautions to prevent the spread of coronavirus for the safety and to protect the health of its citizens and expatriates. The decision to immediately stop group prayers is enforceable and hope that imams, preachers and muezzins take on the responsibility from here,”.


- Later, The Saudi Government started refunding system online for those who had paid for Umrah visa. Read : Ministry of Hajj and Umrah launched Refund system of paid Umrah visa fee

- After this, The kingdom decides to stop GCC residents and domestic pilgrims for performing Umrah pilgrimage. Know more : Saudi Arabia stops locals pilgrims from entering into Makkah for Umrah 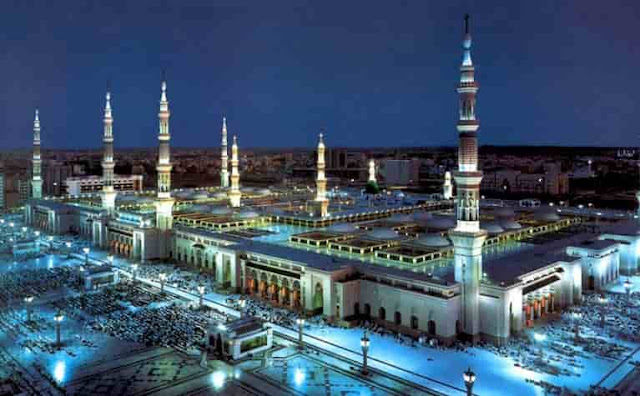