Earlier Today morning, Saudi Arabia suspended air and sea travel to 9 countries including UAE, Kuwait, Bahrain, Lebanon, Syria, Egypt, Iraq, Italy and South Korea and the newly added 5 countries are Oman, France, Germany, Turkey and Spain.
- All the people travelling from these 14 countries or visited these countries in the last 14 days would also be temporarily banned from entering into Saudi Arabia as a precautionary health measure. Before this Saudi Arabia suspended travel to China and Iran after the outbreak of coronavirus.

- The travel suspension applies on air and sea travel between Saudi Arabia and above mentioned 14 countries, except Evacuation, Shipping and Trade while taking the necessary precautions.
- Today, Saudi Arabia also announce a fine of 500,000 SR on those who failed to declare accurate health details at entry points of Saudi Arabia, All the measure were taken after the coronavirus cases reached to 15 in Saudi Arabia.

The Ministry of Interior: The Kingdom’s government decided to temporarily suspend travel of citizens and residents to #Oman, #France, #Germany, #Turkey, and #Spain. 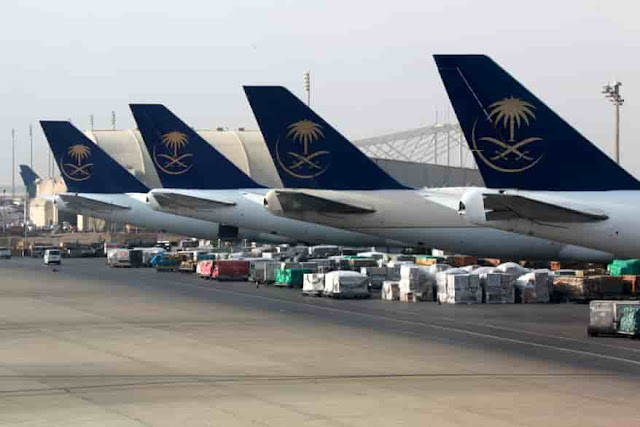