The authorities in Saudi Arabia confirmed that passenger who are holding employment visa, work visit visa, business visit visa and family visit visa are not included in the travel restrictions imposed by the Kingdom of Saudi Arabia.

- However, They are allowed only if they did not visit any of the countries infected by the new Corona-Virus within two weeks before their arrival to Saudi Arabia.

- All the nationals of GCC States have to use their passports for entering or exiting from the Kingdom instead of their National Identity card. Those who entered into Saudi Arabia only with National ID will be allowed to travel to their home countries without passports.

- The Ministry of Tourism suspended all the previously issued tourist visas for the citizens of 7 countries including China, Japan, Italy, Korea, Kazakhistan and Singapore. The Tourist visa holders are barred from entering into Makkah and Madina.


- Tourist visa holders can call the phone number 00966920000890 from outside of Saudi Arabia to confirm with the Ministry if they are allowed to visit Kingdom or not. Especially, Americans, British and Schengen visa holders. See Also : Saudi Arabia suspendes travel to Iran after CoronaVirus

- Saudi Arabia and the Ministry of Tourism confirmed these suspensions are temporary only and the authorities to evaluate on subject in the coming time. The Kingdom is trying its best to stop the spread of the Corona-Virus into the country. 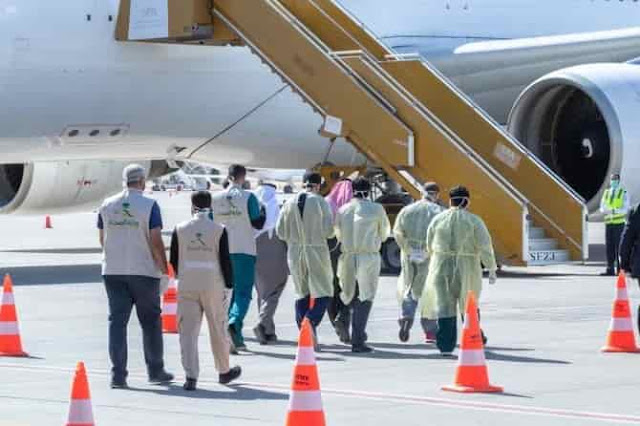