The Indian poor man was surprised when he had received a cheque of 133,000 US dollars by post from the government of Saudi Arabia, The amount he received on cheque is nearly 500,000 Saudi Riyals. Most Viewed : Happiest countries in the world


The cheque was issued from the central bank of India that is SAMA (Saudi Arabia Monetary Agency). The receiver is a street vendor in Hyderabad, he sells plastic items on roads. Shaik Mujeeb was a father of 5 kids in old city.

- He came to Saudi Arabia for performing Hajj with his mother in 2015, He was critically injured in crane crash in Holy Mosque of Makkah on 11th September 2015, He was admitted at that time into King Abdul Aziz Hospital.


- When he received the hefty amount by cheque, he ran to Hajj house to inform about his cheque. The cheque was issued by Saudi Arabia and sent through Indian consulate directly to Mujeeb, Later it was taken from him and handed over to him formally. Similar : Indians should apply online for issuing and renewing passport

- Mujeeb said, He cannot able to express the joy and pleasure, He have rescued and pushed other pilgrims while crane falling on that fateful day, He recalled that day.

- According to the sources, there were 14 Indians who were injured in that incident as per the identification of Saudi Authorities, Each one granted 5 Lakh Saudi Riyals that is nearly 133,000 dollars.


- The families of the deceased pilgrims have received 1 million Riyals that is nearly 266,565 US dollars, This compensation was received by the families of 13 Indians who died said Indian Consul General Noor Rahman Sheikh. See Also : Saudi Arabia launches 7 labor courts to protect workers

- The King Salman of Saudi Arabia announced that time in a royal decree that there would be 1 million paid to victims family, One million riyals to those whose injury resulted in permanent disability and 500,000 SR for each of the injured. 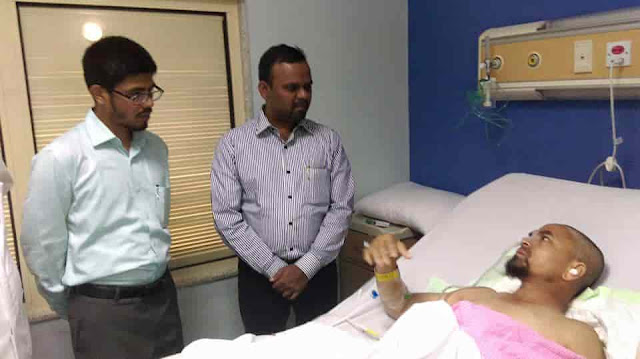