After a long legal battle of 3 years in Saudi Arabia a NRI recently returned home, he was accused of forging iqama (resident permit) of the Kingdom of Saudi Arabia. Most Viewed : Why some expats remain poor ever after working abroad for decades


Gandam Narsiah is of 68 years, he is a resident of India, he was working as mason in Riyadh, Saudi Arabia. After working with a company of 3 years, he switched to a new company. His new company issued updated with new employer name. Recommend : Expats should never do this in Saudi Arabia

- One fateful day, He was checked by a patrolling team in the capital city of Saudi Arabia as part of routine inspections drive, They discovered his iqama was forged.


- He was arrested and shifted to prison in Dammam, 400 Km away from Riyadh city, as his iqama was issued from Dammam. While he is in prison, Narsiah fell ill, He was then bailed out by one of prominent social workers of Kerala 3 years ago, Since then Narsiah's accommodation was looked by social worker. Reader : VFS Indian Embassy locations in Saudi Arabia

- With the help of that social worker, Narsiah proved that he was a victim, who had received the iqama from an Egyptian who had offered him the job. It took 3 years to prove Narsiah was innocent.

- The chargesheet was probed by various departments of Saudi Arabia who finally allowed him to leave the Kingdom. As he could not afford the air tickets, Al Rabia Polyclinic, run by Keralites offered him free ticket to return to his hometown Hyderabad. See Also : Interesting facts of Keralites all over the world 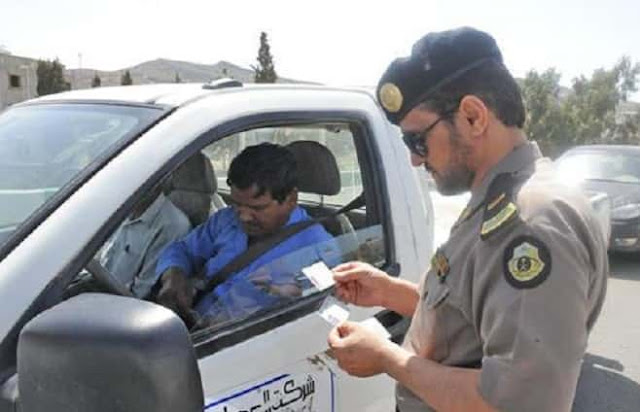