Saudi Arabia has the 3rd highest expatriate presence in the world after United States and Russia. But more than 80% of those expats in Saudi Arabia are working on unskilled jobs and the workers do not earn more than 2500 SR per month. Read  : No plans to revise expat levy fee


The general perception is that expats in Saudi Arabia are the main cause of rising unemployment among Saudi nationals. The problem lies in the fact that the Ministry of Labor has defined more than 60 job categories reserved for Saudi citizens. See Also : Labor ministry confirms no changes in dependent fee

- But unfortunately that list does not include professions like domestic helps, agriculture labor, construction laborers, light and heavy vehicle drivers, cooks, plumbers, electricians, waiters, masons, carpenters and dozens of other blue collared jobs.


- Many analysts believe the main reason of unemployment in Saudi Arabia is because of huge number of expatriates. A recent news revealed that 75.6% expatriates are controlling the Saudi lobar market with their unskilled jobs. Read : Check your salary in GOSI

- The General Authority for Statistics report said in the first quarter of 2019, In 12.76 million workers of Saudi Arabia, 10.9 million are men and 2.2 million are women, which is 82.2% and 17.8 percent. Most Viewed : Benefits of GOSI for expats in Saudi Arabia

- Majority of the locals are working in Riyadh Makkah and Eastern Province out of which Riyadh has the largest number of working Saudis.


- Experts believe that unemployment which is currently 12% cannot be brought down unless Saudization takes place to the root level. All jobs are respectable and have dignity. It is about time that Saudi locals should be willing to fill all kind of jobs including blue collared one. Trending : Salary delays fines company with 3000SR on each employee

- There is no denying in the fact that Saudi males are taking up even unskilled jobs, On the other Saudi women are also keen to take up all possible jobs, their only concern is to have a job that respects their culture and religion. 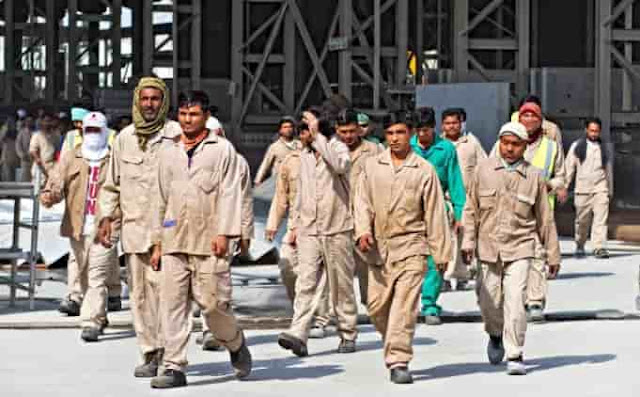