Posted by : Aahil Shaik May 25, 2019
Saudi Arabia imposes a fine of 5000 SR for violating Public Decorum

Starting from Today (25th May 2019), Saudi Arabia to slap a fine of 5000 Saudi Riyals on those who violates public decorum as per the provisions of new law. Trending : New rules on recruiting domestic workers


The executive regulations of the law is to preserve public decorum and to combat its abuse. The list of offenses has been designed to respect the culture, traditions, customs and values of Saudi Arabia.

- The penalty fine of 5000 SR will be doubled if the violator repeats the violation within one year after committing the first one. However, those penalized can appeal to the specialized administrative court, as per the law. Most Viewed : Saudi imposes tax on eCigarettes and sugary drinks

- There are 10 rules in the law, which will give special importance in writing, which includes respect the values of the society, avoid bad behavior in the public, customs, traditions and culture prevailing in the Kingdom of Saudi Arabia.


- Saudi Arabia is not the only country to implement such law, many countries all over the world have them and the regulations will apply on both expatriates and the citizens of the country.

- As the Tourism on raise in the Kingdom, These 10 articles will help individuals to be aware of the law and how to behave in the presence of the visitors of the country. See Also : Regulations on new special privileged iqama

- The regulations aims to uphold the values, principles and identity of the Saudi society in accordance with the fundamental principles mentioned in the Kingdom's basic law of Governance.

- It is not permissible to appear in a public place with improper dress or wearing any costume that bears pictures, forms, signs or expressions that disturbs and violates public decorum.

- The violation also includes any writing or drawing which is illegal on the walls of public places or transport without getting permission from the concerned authorities. See Also : Alternative punishments for prisoners in Saudi Arabia

- It is also not allowed to use any word or engage in any act which tends to harm those who visits public places. 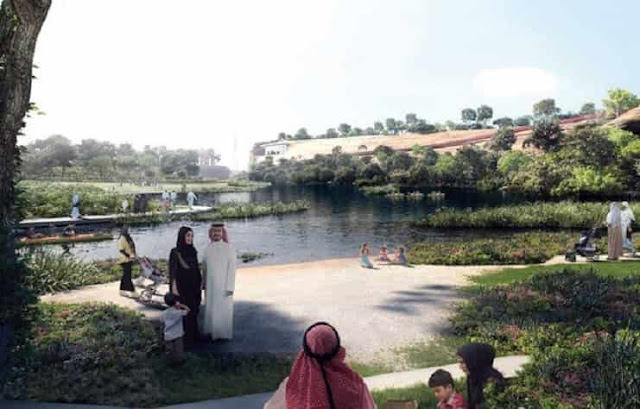