SAUDI POLICE ARRESTED 2 PERSONS FOR DANCING ON THE ROAD

Saudi Arabia police in Al Qassim region arrested two Saudi citizens for their indecent behavior in public and for disrupting the traffic flow on the road. See Also : Riyadh police arrested a man for harassing woman at restaurant


According to the Almarsd news, The suspects stopped their cars in the middle of the road and started dancing in Al Qassim region. Saudi Traffic police took quick action by arresting them and the case has been referred to the competent authorities to face legal action. Recommend : NRI's to submit passport applications online

- The video footage showed a group of Saudi nationals started dancing to music at a traffic light in Onaiza city, which caused outrage among social media.

- As of now only 2 arrested, the police are looking for the other street dance who managed to escape from the place. See Also : Careem launched its reward program 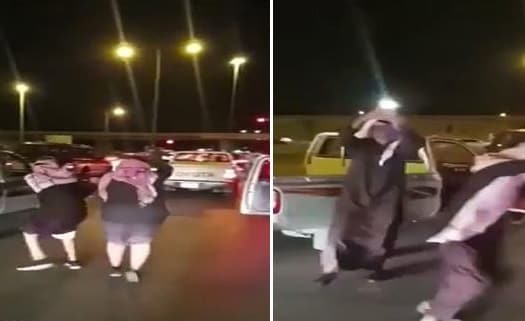