ALL SET FOR OPENING OF VOX CINEMA IN JEDDAH

After opening Vox cinema at Riyadh park in Saudi Arabia for the first time, Now it is going to open its doors for first multiplex cinema in Jeddah on 28th January 2019 said CEO of Al Futtaim. Trending : Vox cinema in Riyadh park


In Jeddah the cinema's grand opening will be at Red Sea Mall which will be held at 6:30 PM, where a ribbon cutting ceremony will be held with entertainment and a movie screening. Recommend : AMC opened its first cinema theater in Riyadh

- Red Sea Mall is the most popular shopping destination in Jeddah, Vox cinemas is opening an IMAX theater at the Red Sea Mall featuring the largest IMAX screen in Saudi Arabia.

- Vox cinema is planning to open 600 screens all over the Kingdom in the next 5 years by investing 6 billion Saudi Riyals. See Also : Passengers rights on flight delays

- Jeddahwis are excited about the opening of first cinema in the city and preparing themselves for a new way of entertainment.

The moment you’ve been waiting for is almost here. With just a week left, we can’t wait to open the doors to #VOXCinemasKSA in #VOXRedSeaMall Stay tuned for more at https://t.co/pZCyAu9nbO pic.twitter.com/58K27VFl8f
— VOX Cinemas KSA ڤوكس سينما السعودية (@VOX_Cinemas_KSA) January 22, 2019 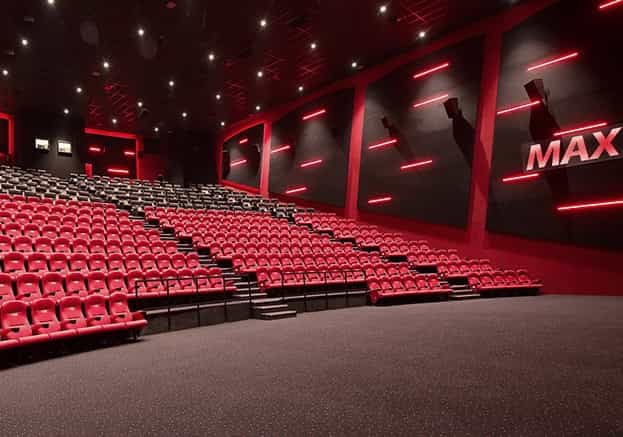