Posted by : Aahil Shaik Monday, July 30, 2018
PENALTIES ON HAJJ VIOLATIONS FOR NOT HAVING VALID PERMITS

Transporting pilgrims into Makkah in Hajj season without legal Hajj permit is a violation, violators to face on the spot penalties, which can be issued at checkpoints and gateways to Makkah. Related : Performing Hajj without legal permit


The penalties for transporting illegal Hajj pilgrims includes 10,000 Saudi riyals fine, a jail term for 15 days and naming and shaming on each pilgrim being transported. Similar : Ban on Gas cylinders and stoves in Hajj

- In case the transporter is an expat, he will be deported only after paying the fines and facing the jail term, He will also face ban from entering into the Kingdom forever.


- Vehicles of the illegal transporters will also seized as per the demand of the committee. Read : Expats can work temporarily for Hajj companies through Ajeer

- If the violation is repeated for the 2nd time, The fine will be increased to 25,000 Saudi riyals, a jail term to 2 months on each illegal pilgrim being transported.


- In case of third time, The transporter to face a jail term for 6 months including a fine of 50,000 Saudi riyals and naming and shaming on each pilgrim being transported. See Also : Ban on entries in Makkah without permits

- Expatriates without legal hajj permits or tasreeh will be deported to their home country with their finger print recorded to ban them for 10 years from entering into the Kingdom of Saudi Arabia. 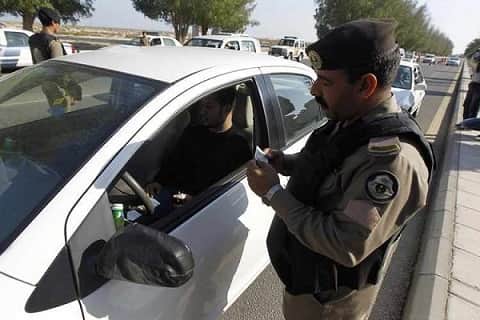